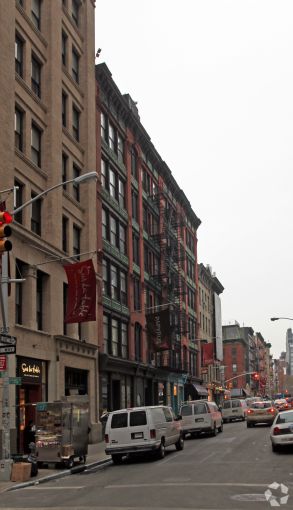 Allbirds, the creator of the popular sustainable wool sneaker, has sealed a deal for a permanent retail space in Soho, Commercial Observer has learned.

The new lease, in United American Land’s building between Spring and Crosby Streets, is for 10 years with an asking rent of $400 per square foot, the sources said. Allbirds will likely open sometime this summer after shuttering the pop-up, which opened last year. The Soho store appears to be the company’s second permanent location with the first one being in San Francisco.

The Spring Street space was previously occupied by Papyrus, which downsized after Valentine’s Day with a move to 1,000 square feet at 65 Prince Street, according to Jacqueline Klinger of SCG Retail, who represented United American Land in the Allbirds deal, along with Taryn Brandes, and Papyrus in its relocation deal. Klinger declined to talk about the Allbirds transaction.

The new space “keeps [Papyrus] in the neighborhood and the smaller-size store allowed them to afford the Soho rents,” Klinger said.

Chipotle has space at 73 Spring Street and United American Land is a tenant in the office portion of the building.

Matt Seigel of Thor Retail Advisors represented Allbirds in the deal. A Thor spokesman said Seigel declined to comment and a representative for Alllbirds didn’t immediately provide a comment. Albert Laboz, a principal at United American Land, declined to comment.