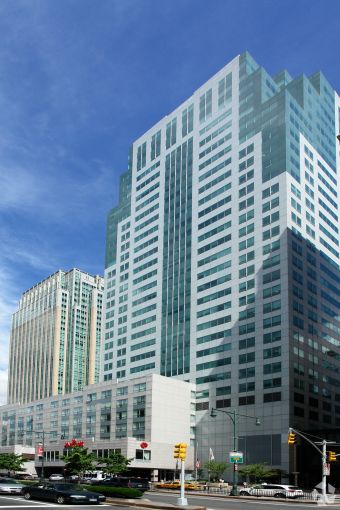 The ownership duo of Muss Development and HomeFed has secured a $198.3 million refinancing on its Brooklyn Renaissance Plaza mixed-use complex in Downtown Brooklyn, according to a filing that appeared in public records yesterday.

The mortgage, from CGA Capital, appears to knock out previous debt from The Bank of New York Mellon. Delaware-based Wilmington Trust is trustee for the loan.

Jason Muss, of Muss Development, confirmed the financing in an email.

“Brooklyn Renaissance Plaza remains 100% leased and has been successfully operated by Muss Development for 20 years since we completed construction in 1998,” he wrote.

The complex includes the 24-story New York Marriott at The Brooklyn Bridge hotel, as well as a 32-story office building and a garage with almost 1,000 parking spaces. Muss and Leucadia National co-developed the property in 1998, when the 667-room Marriott represented the first new hotel to be built in the borough since the years after World War II.

Four years ago, when Leucadia acquired a majority share in HomeFed—a Carlsbad, Calif.-based residential developer—it compensated HomeFed in part by transferring its 49 percent ownership stake in Brooklyn Renaissance Plaza, The Real Deal reported at the time.

The office tower, at 350 Jay Street near the base of the approach to the Brooklyn Bridge, hosts several government tenants, including the New York field office of the United States Secret Service. That agency’s lease expires in October, and the office did not immediately respond to a request for comment on its plans. The New York City Law Department—the agency that represents the city in legal proceedings—the Brooklyn District Attorney’s Office, and the New York City Employees’ Retirement System number among the other public tenants with space in the tower.

Municipal Credit Union leases a storefront for a retail banking center on the ground floor.

Representatives from HomeFed and Wilmington Trust did not immediately respond to requests for comment.

Update: This article has been updated to reflect that CGA Capital is the lender on the deal.