Where Can You Achieve the Highest Yields in the World? 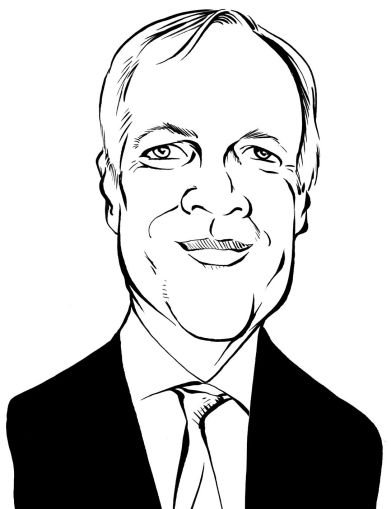 “Once in a while you get shown the light, in the strangest of places if you look at it right.”—Jerry Garcia

If you are a lender, where can you have your pick of multiple deals returning around 10 percent on a 50 percent loan-to-value? If you are an investor, where you can you find dozens of deals projecting a three- or four-times multiple over a three- to five-year timeframe? The answer is the Caribbean. I know that the immediate reaction might be to cringe and turn the page—but hear me out on this. First, 90 percent of the domestic lenders and funds can’t even lend or invest in the Caribbean because of their charter. But that is the crux of the opportunity—less competition. Of the ones that can lend or invest there, many have legacy issues or are otherwise fully invested. So when a high-quality project does come up, there are a surprisingly small number of candidates and for those that are interested, they have incredible leverage to name their price without fear of getting outbid.

Mitigating risk is step one for any lender-investor in the Caribbean and it is an important hurdle. Part of the fear for somebody who hasn’t previously invested in the Caribbean is the fact that you are often not dealing with U.S. law (though there are plenty of opportunities in Puerto Rico and the U.S. Virgin Islands). In most other cases, it is British, Dutch or French law that is followed. Often, a new lender-investor doesn’t want to spend the legal fees necessary to get up to speed. As a generalization though, note that most Caribbean countries are lender-friendly. There is then the issue of the foreign withholding tax. Without a government waiver, many countries require a 20 percent withholding tax, reducing yields considerably. If it is a development project, the cost to monitor or to have to deal with local construction crews can be a frustrating process. Real estate people joke about people being on “Caribbean time” and I can tell you from firsthand experience that it’s a real thing. And then there is the worry about hurricanes, which is overblown. So long as the construction is built to a high enough standard, the hurricane risk is greatly diminished.

Avison Young has three assets in the market right now including an Aruba retail property, a Barbados hospitality asset and a Bermuda conversion from housing to hospitality. We have been able to get up to speed on the most aggressive lenders and investors but, frankly, I’ve been surprised at how difficult our clients found the investing climate prior to hiring us. We’ve been pleased with the response since we got into the market except for the fact that many can’t invest due to their charter even though they wished that they could. Therein lies the opportunity.

Most of the Caribbean deals that make the news are megaprojects. Most recently, CCRE financed $195 million for the development of a new Marriott hotel and Stellaris Casino in Aruba. BML Properties recently built the $3.9 billion Baha Mar; however, that is more in the news due to its recent lawsuit claiming fraud by the general contractor, China Construction Corp.  There are countless other deals though that fly below the radar. So how do you decide which deal to invest in? Well, the first step is the sponsor. While that is true in any real estate deal, that is especially true in the Caribbean as you want to invest with somebody with a proven track record of successfully traversing the myriad of government obstacles and regulations. The sponsor should also be committed to the area either through additional deals, residence or other financial commitments. They need to be vested in the country.

Having a clear exit strategy is key also. One can’t simply assume an institutional buyer as an exit like you could in, say, Miami. If it is a condo deal, you have to be aware of the rules for letting a buyer back out of a deal and the remedies. In many Caribbean countries, it is very different from the U.S. Another nuance is that land leases are very popular in the Caribbean so local legal counsel should be engaged to look into the terms of extension and other details. A savvy lawyer with previous experience with the local government is something that is paramount to any deal in the Caribbean as it is also critical to know the intricacies of the zoning regulations.

The bottom line is that if you aren’t precluded from investing in the Caribbean, you are short-changing yourself by not considering deals there. The Caribbean promises extraordinary returns with very little competition.

Dan Gorczycki is a Senior Director at Avison Young New York LLC where he places debt and raises joint venture equity capital globally including the Caribbean.