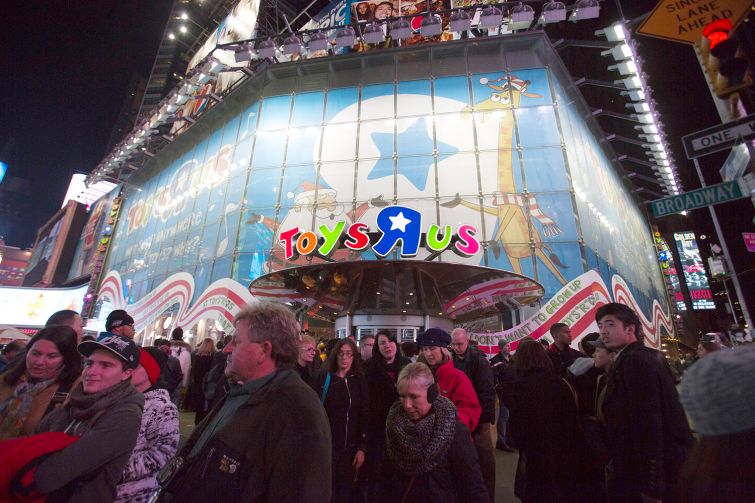 Toys "R" Us' is one of 18 national retailers that shuttered all of their New York City stores this year. Photo: Andrew Kelly/Getty Images

With Toys “R” Us’ liquidation plans underway, one of the toy chain’s property arms has filed for bankruptcy, impacting $859 million of debt.

On March 15, after failing to reorganize around its successful stores, the toy superstore said it had to liquidate. That meant the closure of around 700 U.S. stores, as Commercial Observer previously reported. Yesterday, Toys “R” Us Property Company I, a subsidiary of the 69-year-old toy company, filed for Chapter 11 in the Eastern District of Virginia.

“Toys already had roughly $5 billion of debt,” said Adam D. Stein-Sapir of Pioneer Funding Group, which specializes in analyzing and investing in bankruptcy cases, and who is not involved in the case. “Regarding the debt against the owned properties—$859 million—those creditors will be participants in the whole Toys bankruptcy case, with the caveat that their collateral is the owned real estate.”

The rest of the company’s creditors were part of the initial bankruptcy filing and their collateral is Toys’ other assets.

The $859 million figure was noted as the outstanding principal amount as of Sept. 17, 2017 in the bankruptcy petition filed two days later. The loans were set to mature on Aug. 21, 2019.

The largest claim in yesterday’s filing, obtained via Nationwide Research Company, is $129.7 million owed to Guggenheim Partners followed by $107.9 million owed to J.P. Morgan Chase and $107.8 million to H/2 Capital Partners.  A spokeswoman for J.P. Morgan declined to comment and representatives for the other two companies didn’t respond to a request for comment.

The local attorney representing Toys in the bankruptcy didn’t immediately respond to a request for comment, and nor did Toys’ counsel or a Toys spokesperson.