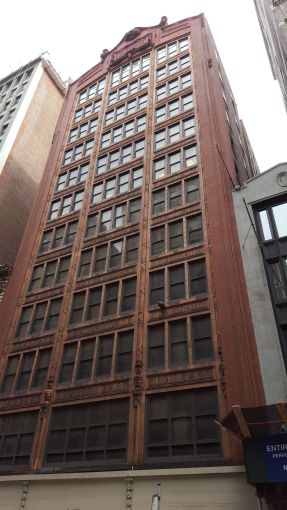 Jay Suites, a shared office provider, has signed a 90,000-square-foot sublease for the entire 12-story building at 15 West 38th Street from sublandlord Hudson’s Bay Company for its eighth and largest location, according to a press release from Jay Suites.

The company will build a 22,000-square-foot conference center on part of the first floor and the entire second and third floors of the building between Fifth and Madison Avenues. And its first-ever branded Jay Café will be in roughly 600 square feet on the ground floor. Floors four through 12 will be 150 private offices.

The location will also have a rooftop terrace. Jay Suites’ West 38th Street location is expected to open in the summer.

The tower is owned by Rosen Group. Hudson’s Bay—the parent of various brands such as Lord & Taylor and Saks Fifth Avenue—has 17 years left on its triple-net lease for the property. It was the Canadian company’s U.S. headquarters until Hudson’s Bay relocated to Brookfield Place after signing a lease there in 2014.

“This deal—with its below-market rent, location and footprint—will let Jay Suites offer its core private luxury office spaces with a full suite of amenities as well as flexible larger team and conference rooms to New York City companies for excellent value,” Jack Srour, the co-founder and COO of Jay Suites, said in a prepared statement. “The deal also benefits Hudson’s Bay Company as its need for underutilized space shifts.”

The asking rent was $45 per square foot, according to The Real Deal. The New York Post was the first to report on the news.

Going to 15 West 38th Street puts Jay Suites in a direct competition with rival WeWork. Nearby is the Lord & Taylor building at 424 Fifth Avenue, which WeWork and Rhône Capital purchased for $850 million last year, as Commercial Observer previously reported. The coworking giant plans to open a new share office location and its headquarters in 424 Fifth Avenue.

Jay Suites plans to spend $10 million to renovate the red terra cotta structure at 15 West 38th Street that was erected in 1909. Jay Suites will upgrade and modernize the technology, infrastructure, work, conference space and rooftop building.

Jay Suites has seven active locations all in New York City and 90 percent are occupied. It expects to have 5,000 members, factoring in the new eighth location. It’s previous largest shared office was at 1441 Broadway, where it leased 75,000 square feet.

Update: This story has been edited to reflect that Jay Suites did not relocate from 369 Lexington Avenue, as the company indicated in its press release about the new digs.