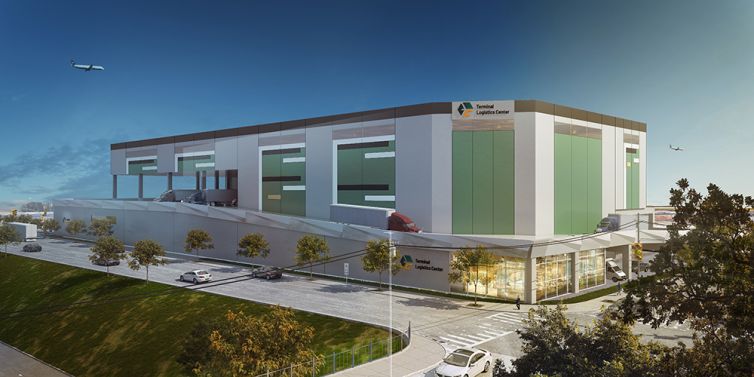 Triangle Equities has secured a $32.1 million financing package for the development of a 300,000-square-foot industrial warehouse near Kennedy International Airport, according to an announcement from HFF, which arranged the deal.

The capitalization, which will fund land acquisition and construction planning, consists of a $19 million floating-rate loan from Citizens Bank and a $10.1 million joint-venture investment from a state pension fund through L&B Realty Advisors. Triangle and its partner Township Capital rounded out the arrangement with their own equity investment. (The size of their combined equity contribution wasn’t specified.)

Josh Weingarten, a project manager at Triangle, declined to identify the pension fund, saying only it was from the Midwest.

The three-acre site at 130-120 South Conduit Avenue in South Ozone Park, that the group bought for $25.4 million, now hosts a commercial parking lot. But it’s only about three-quarters of a mile—across the Van Wyck Expressway—from the area of New York City’s busiest airport where jumbo jets from UPS, Atlas Air and other freight carriers load and unload their cargo. Crain’s New York Business was first to report on the news today.

“The property is strategically positioned to capture the insatiable demand for modern, last-mile distribution space located in highly populated urban areas,” Rob Hinckley, a managing director at HFF, said in a statement.

Construction is set to begin in the winter months early next year. When the finished building is ready for tenants sometime during the summer of 2020, the three-story warehouse will offer ceiling heights of 23 to 26 feet, and the ability for distributors to load from both its first and second floors, via truck ramps. According to a statement from Triangle Equities, it will be the first multi-story warehouse in New York City with that capability.

In the meantime, the development company will continue to operate the property as a parking lot—a rare example of a developer realizing positive cashflow on land awaiting construction plans.

A pair of architecture firms, Craft Architects and GF55 Partners, are designing the building, and March Associates will manage the construction.

Triangle Equities has mostly worked on retail projects in the past, but Weingarten said the company has seen the writing on the wall in that sector.

“We take a lot of pride in our ability to identify long-term shifts in the economy and to invest along with that change,” he said. “As retail developers in the past, we’ve seen our tenants experience the shift from bricks-and-mortar to e-commerce.”

With investments in a brand-new air cargo facility in a densely urban area, Triangle will look to ride that trend to the bank.