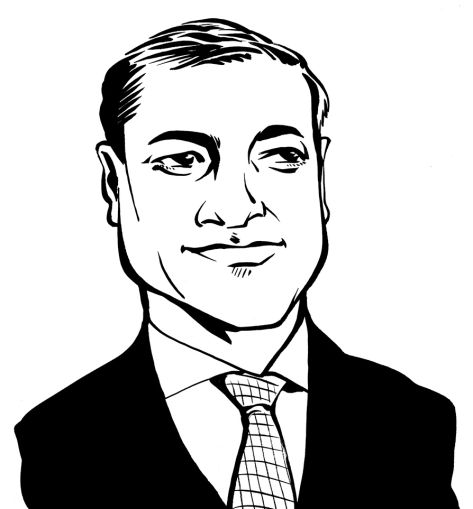 At the end of 2017, I took over as the head of the Northeast for Commercial Term Lending, replacing Chad Tredway who is now the co-head of J.P. Morgan’s Real Estate Banking group. Since then, I’ve been educating myself on the city’s unique boroughs and submarkets. One of my favorite ways of doing so in slightly warmer months was by putting on my sneakers and taking long runs through them. But another way we remain on top of neighborhood changes is through periodic van tours of the markets we lend in. With Brooklyn constantly evolving, Chad and I recently went on a  tour of the borough to see what’s new.

New York’s real estate market has always benefited from the city’s status as the capital of global finance. But in recent years, there has been a boom in commercial real estate that extends beyond Manhattan. Brooklyn’s revived waterfront neighborhoods have become home to many of the leading TAMI firms and have seen an increase in redevelopment.

Set along the East River, the iconic Domino Sugar Refinery has become an emblem of the borough’s new economy. Once the largest sugar refinery in the world, the Williamsburg site is now home to a redevelopment project that will offer 600,000 square feet of office space, 2,000-plus apartment units and six acres of new parkland.

To the south, the Brooklyn Tech Triangle hosts 11 universities and more than 500 tech startups. Today, there are at least 36 co-working sites in Brooklyn catering to this growing part of the local economy. Google and Facebook now have Brooklyn offices while new media giants like Vice have offices in converted warehouses nearby.

Brooklyn’s private sector employment grew by 29.3 percent between 2004 and 2014, far faster than any other borough. Over the same 10-year period, the number of residents with a bachelor’s degree grew by 77 percent. Adding to the borough’s dynamic makeup, economic diversity is a clear strength of the market with nearly 40 percent of jobs coming from small businesses.

The rise of Brooklyn’s TAMI sector is drawing a diverse crowd of young professionals to the borough, which has been a boon for the multifamily market. Unlike previous generations, who fled to the suburbs as their careers took off, millennials have shown a desire to continue living in the urban center, even as their paychecks and families begin to grow.

The influx of millennials has shifted the entire city’s demographics. Prime renting-age citizens (ages 20 to 34) now comprise 21.5 percent of New York’s population, a full percentage points higher than the nation’s average. With the prospect of owning a home in the city’s most desirable neighborhoods a far-reaching goal for most salaried workers, the tide of young professionals is driving demand for rental units.

Immigration has long been a source of demographic growth for the city and a strong force driving demand for rental units. From 2004 to 2014, Brooklyn’s population grew by 5 percent compared to 3.7 percent for New York City as a whole. Today, Brooklyn stands as the most populous borough with 2.6 million people.

The city’s unique demographic and economic landscape has created a booming multifamily sector. Within Class-A product, rents in Brooklyn peaked in 2015, trended downward in 2016 and declined in 2017. Rent growth has slowed in Class-B and C assets. Approximately 16,000 residential units are under construction in Brooklyn with another 20,000 in the planning stages—which should continue to put downward pressure on rents and occupancies. In addition, population and job growth have both slowed. Finally, interest rates, and by association, mortgage rates, have begun their march upward—which negatively impacts values. And while the new supply will take time to absorb, fundamentals will eventually revert and values should stabilize.

There are many reasons for multifamily investors to remain optimistic about the long-term prospects of Brooklyn. It has transformed from an industrial hub to the heart of the city’s most vibrant industry cluster, which should continue to draw in young professionals. People want to live in Brooklyn and meaningful jobs are locating there. There are other reasons to be optimistic if you are a multifamily investor: Median home prices remain at all-time highs at approximately $750,000 and there are nearly 14,000 rent-stabilized buildings in Brooklyn. Both of those factors add to the stability of the tenant base and the underlying cash flows of the existing multifamily stock. As a lender, we see these factors as positives for NYC’s multifamily investors and believe in Brooklyn’s staying power.