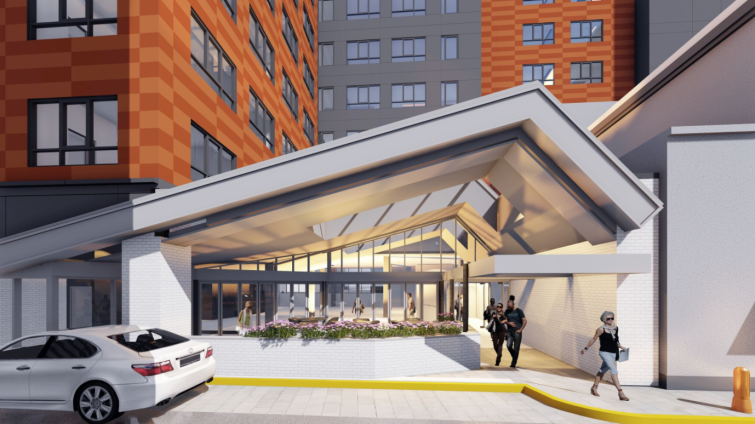 A rendering of the Pod Hotel in Philadelphia. Courtesy: Meridian Capital Group

Modus Hotels and Parkway Corporation have nabbed $53.5 million in senior and mezzanine financing for the construction of the Pod Hotel in Philadelphia, Pa., Commercial Observer can first report.

Bank of the Ozarks provided a $38.5 million, 36-month, non-recourse construction loan in the deal, while a “Connecticut-based private equity fund” chipped in $15 million in mezzanine debt, a source close to the transaction told CO. The private equity fund couldn’t be identified by press time.

“This is evidence that good deals, with good sponsors, can get done in this difficult construction financing environment,” Adam Gollance, the chief financial officer of Modus Hotels said in prepared remarks. “We are looking forward to building on the momentum of the D.C. Pod by opening the Philadelphia Pod.”

Located at 31 South 19th Street, the 11-story micro hotel will include 252 rooms in the heart of Philadelphia’s Center City district. The Pod concept targets hotel guests seeking to stay in boutique hotels in prime locations at competitive rates.

“Our success on this transaction was primarily due to Parkway and Modus’ stellar reputation built over decades,” Betesh said. “Meridian was able to source a new capital provider to the market and use the firm’s collective knowledge to negotiate competitive terms for the Client.”

The property joins the Pod Hotel’s existing locations in New York City and Washington, D.C.  The Washington Business Journal broke the news of the Pod D.C.’s opening in April 2017—the 245-key hotel’s rooms average 150 square feet in space—and that Modus would soon break ground on a Philly location last May.