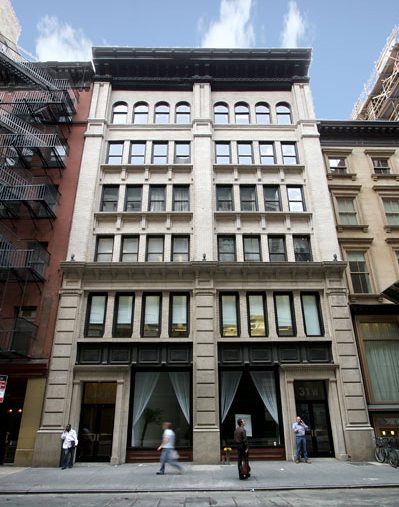 Marketing startup Yotpo has doubled the size of its current New York City offices at 33 West 19th Street in the Flatiron District, Commercial Observer has learned.

The content marketing firm signed a 23,332-square-foot expansion and renewal for the entire fifth and sixth floors at the six-story, 100,000-square-foot building between Fifth Avenue and Avenue of the Americas, according to sources with knowledge of the transaction. The deal will see Yotpo increase its presence from the 11,666 square feet it already occupies on the entire fifth floor.

Asking rent in the deal was $70 per square foot. While the length of the lease was unclear, representatives for tenant broker ABS Partners Real Estate described it as a “short-term” lease designed to accommodate Yotpo’s future growth.

“We are seeing increasing demand from tech firms for short-term leases to align with their exponential growth projections,” ABS’ Jeff Sharon, who represented Yotpo alongside colleagues Alex Kaskel and Thomas Williams, said in a statement. “After exhausting all of the options that the market had to offer, we concluded that taking a contiguous floor was the most conducive to maintaining a cohesive team culture.”

Tel Aviv-based Yotpo moved its offices to the tech-heavy Flatiron District in 2016, leaving its previous 4,600-square-foot location at 37 West 14th Street. Besides Yotpo, the other major office tenant at 33 West 19th Street is shared office provider Work Better, which occupies more than 33,000 square feet across the second through fourth floors, according to CoStar Group data.