Blimey! An affiliate of Apollo Global Management provided the condo inventory loan for one of the most expensive condominium properties in the world. 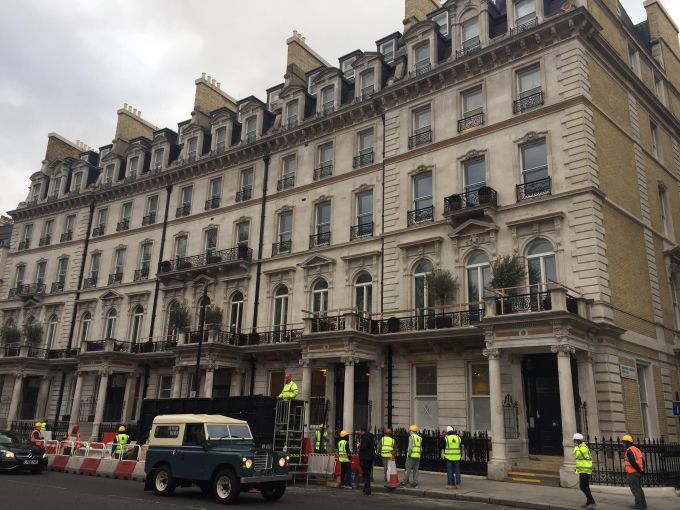 A little over a year after its launch, Lotus Capital Partners has gone global and negotiated a $237 million (£170 million) financing for Belgravia Gate—a 12-apartment, 83,054-square-foot luxury condominium property in Central London—Commercial Observer has learned.

Apollo’s loan will be used to pay off existing construction debt—provided by a group of European lenders led by LetterOne—and carry the project through the units’ sell-out period.

Originally built in 1867, the property is located at 11-15 Grosvenor Crescent in Belgravia, one of London’s  prestigious “Golden Postcodes”. Thomas Juul Hansen designed the building’s 12 luxury apartments, which include three townhouse-style apartments and two penthouse apartments.

Belgravia Gate is among the most expensive condominium properties in the world when measured by average apartment unit value, according to information provided by Lotus.

Apollo’s loan is collateralized by nine of those units (three of Belgravia Gate’s apartments were sold prior to the financing), giving each remaining unit an average listing price of £19 million ($26.5 million). One unit was pre-sold in Oct. 2015 for a whopping £32.5 million ($45 million).

Property amenities include direct, private lifts to each property, a spa, a fitness center, a 57-foot swimming pool and private meeting room facilities.

Westminster City Council approved Wainbridge’s plans to redevelop the existing office building into a super-prime residential property the same year. Construction began in June 2014 and is now in its final stages.

Lotus had to tackle economic uncertainty stemming from Brexit and the U.K. general election (in June 2017) while putting the transaction together. But, the firm utilized its knack for arranging and structuring capital in ways that reflect clients’ complex needs while navigating secular challenges that are unique to each individual project.

“The successful closing of this deal underscores our real estate financing expertise and market credibility among capital sources, both of which are required to arrange and execute on complex deals such as this,” Ashraf said.

New York-based Lotus has also been keeping busy on this side of the pond. Last October, the firm arranged $395 million in financing for the construction and recapitalization of Penn-Florida Companies’ Via Mizner—a 2-million-square-foot mixed-use project in Boca Raton, Fla. Mack Real Estate Credit Strategies provided a $315 million loan and the United States Immigration Fund provided an additional $80 million.

Since its launch, the firm has secured $1.5 billion in financing and it expects that amount to increase this year, Ashraf said.

Officials at Wainbridge and Apollo did not immediately return a request for comment.