Los Angeles Becomes a Mecca for Interactive Gaming and E-Sports 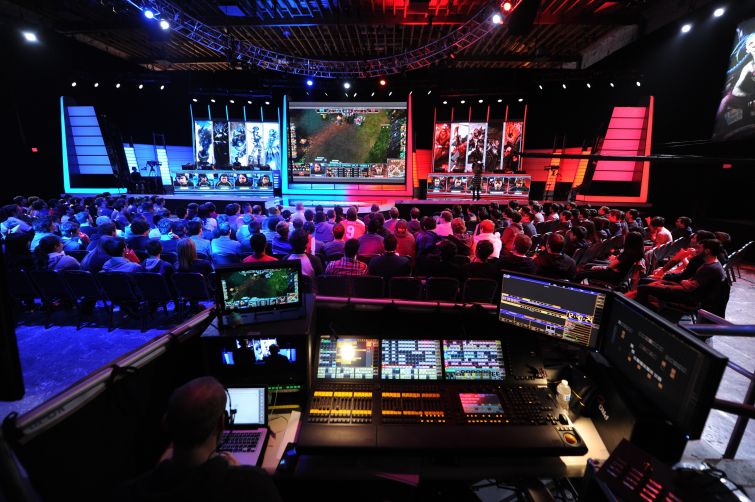 From the Westside to Burbank, Los Angeles currently leads the nation with 331 gaming companies operating in the metropolitan area and was second only to San Francisco when it came to being the largest employer in the industry segment (14,484 compared with the Bay area’s 16,466 employees across 307 companies, according to data from the Entertainment Software Association.)

JLL charted the locations of gaming companies—from Fortune 500 developers to related businesses—throughout town in a recent snapshot research report on the industry, dubbing the region a mecca for the sector.

Top dog Riot Games, owned by Tencent—which reported more than $12 billion in revenue in September 2017, according to Newzoo, a leading provider of market intelligence on global games and e-sports, or electronic sports—occupies 500,000 square feet of prime office space in West Los Angeles.

Furthermore, the interactive gaming industry’s impact on the office market in Los Angeles is poised to increase with the growing interest and investment in e-sports—multiplayer video game experiences and competitions in which players play against one another through a digital platform—which is driving additional demand for studio and creative office space, according to findings from a CBRE industry report released in December 2017.

Despite their sizable footprint, landlords have been skittish about entering into leases with gaming and e-sports businesses—which inspired the CBRE research report.

“Our clients and our brokers from several different offices around Los Angeles have seen some large tenants in the market looking for office space and a lot of these are new tenants to the market,” David Nusbaum, a senior research analyst at CBRE, told Commercial Observer. “They are venture-backed companies or privately funded e-sports companies that don’t have a long track record. The landlords’ concern was these tenants were new to the market. They didn’t have a credit history and a lot of these landlords were very hesitant to give high-end, Class A office space to [these] tenants.”

E-sports allow teams to compete in tournaments sanctioned by specific game developers. The field is evolving with the formation of leagues specific to popular games. Erase that outdated image of solitary players competing for bragging rights in their own domicile and enter major sports franchise owners and investors, broadcast rights and million-dollar arenas and studios being constructed to aid competitions.

UC Irvine in Orange County opened the UCI Esports Arena, a 3,500-square-foot facility in 2016—the first of its kind at a public university—and actively recruited players with scholarships.  Major television and digital platforms have struck multi-million-dollar broadcasting deals. (For a sense of scale, West-L.A. based Riot Games, League of Legends’ developer, signed a seven-year, $300 million dollar deal last year with BAMTech, the streaming technology arm of Major League Baseball.) Heck, the 2024 Paris Olympic Committee is even considering adding e-sports to the Summer Games, according to ESPN.

Like other creative content providers that have expanded their business model and presence in the L.A. market—Amazon, Netflix and Hulu among them—gaming ventures are drawn to the area because of the talent base and concentration of entertainment studios and facilities, he said. “It goes along with everything else that you see in content creation and all sorts of digital media content that is being produced in Los Angeles,” Nusbaum said.

The gaming companies located in Los Angeles are not necessarily price sensitive, but are making business decisions in which they are prioritizing proximity to talent over real estate costs, Kevin Carroll, a research analyst at JLL, said.  This drive toward talent contributes to the high density of gaming companies in areas where tech and media employees are located on the Westside in Santa Monica, Culver City, Playa Vista and Venice, which consequently are some of the most expensive markets in Los Angeles. (Office rents in West L.A. averaged $4.61 per square foot at the end of 2017, according to research from Colliers International.)

Additionally, Downtown and Pasadena are also home to a cluster of gaming companies.  Gunslinger and WhiteMoon Dreams moved to Pasadena in 2016 and 2017 respectively, while Magnopus made the move Downtown in 2014, with Section Studios following a year later.

“This speaks to the demographic of those markets, and access to a young, educated work force. We continue to see a clustering of gaming companies around larger, more established tech firms as an effort to draft off of their success,” Carroll said.

And CBRE predicts the growth of e-sports will continue to fuel investments in the sector by game studios. Industry growth is also expected to spread into ancillary businesses including training facilities and broadcast studios and add to the demand for these hard-to-get commercial spaces in Los Angeles, especially in key markets, Nusbaum said. These include Burbank, which has become an epicenter of e-sports because of the Blizzard Arena, the suburban city of El Segundo and the West LA markets, including Culver City and Playa Vista.

“We are at the beginning of this industry. It’s an emerging trend and something our clients and brokers should be looking out for in 2018,” he said.