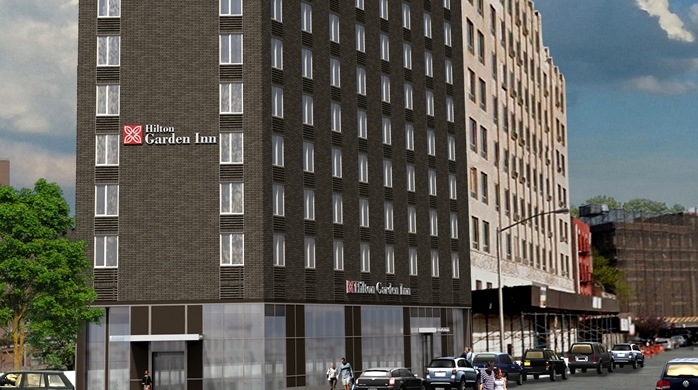 Lightstone Group has purchased a Hilton Garden Inn at 29-21 41st Avenue in Long Island City for $60 million, according to property records filed with the city today.

Lightstone took out a $35 million mortgage from Western Alliance Bank to purchase the property, records show.

A group of investors that includes Sagamore Capital and Ranger Properties sold the hotel. They bought the 6,700-square-foot site it sits upon for the bargain basement price of $6.3 million in 2010.

The 16-story, 183-key hotel was completed and opened in 2015, Brownstoner reported at the time.

The Hilton will be Lighstone’s fourth hotel in New York City, after developing millennial-focused Moxy hotels at 485 Seventh Avenue, 105 West 28th Street and 112 East 11th Street in Manhattan. And the LIC hotel isn’t Lighstone’s only property in the neighborhood. In November 2017, the firm finished a 428-unit residential tower, the ARC, at 30-02 39th Avenue.

“We’re investing in growing our hospitality portfolio at all levels where we see value, and we see high potential in growing, transit accessible areas like Long Island City,” Lightstone President Mitchell Hochberg said in a statement. “The Hilton Garden Inn is situated not only in a convenient location just 10 minutes from Midtown Manhattan, but also in a thriving creative neighborhood packed with culture, bars, restaurants, and globally connected businesses. It’s become a destination all in its own.”