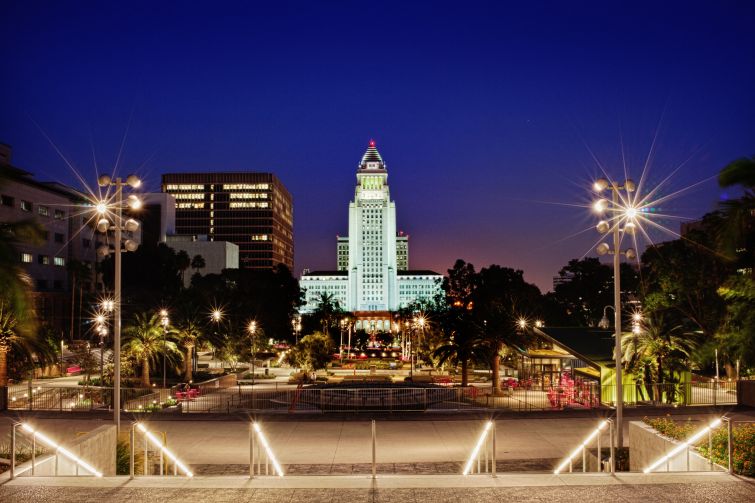 Hawthorne will be leaving the Los Angeles Times, where he has served as the architecture critic since 2004, to join City Hall next month. As he explained in a column penned for The Los Angeles Times last week, “the main and animating subject of my work has been Los Angeles itself and the major civic transformation that’s underway here.

“It’s precisely the scale of that transformation—how much hangs in the balance as L.A. tries to establish a coherent post-suburban identity and deal with a severe housing and homelessness crisis and the specter of climate change, among other challenges—that explains why I’ve decided to leave after nearly 14 years.” Hawthorne is a native of Berkeley, Calif., and a graduate of Yale University, where he studied political science and architectural history. In addition to his post at the L.A. Times, Hawthorne was professor of practice at Occidental College, where he led an annual L.A. series, exploring the city’s past, present and future and issues that “will dominate the civic conversation.” It was during one of those conversations with Eric Garcetti following his reelection in 2017 that the mayor first spoke about the role in a broad way, Hawthorne told Curbed LA.

It’s a novel role, but not one that hasn’t been adopted by other cities looking to have a more cohesive planning and design process in other ways, as Hawthorne pointed out to Curbed LA following his appointment.

He cited New York’s efforts under former New York City mayors Michael Bloomberg and John Lindsay as examples. The former, he said, empowered some of his commissioners, including Janette Sadik-Khan in transportation to “think boldly about the intersection of their departments with urban design.”

Hawthorne said that the mayor is interested in how a “smart approach to design can not only improve the architecture and public realm but also be a unifying force in leveraging investments in new housing and new transit,” as well as “boosting a larger civic conversation about architecture and design.”

A big part of his role, Hawthorne said, would be communicating across various departments and agencies on the one hand and City Hall and the public on the other.

Hawthorne’s departure comes at an interesting juncture for the L.A. Times, which underwent an ownership change in early February when L.A. biotech billionaire Patrick Soon-Shiong purchased the paper, along with other properties from parent company, Tronc.