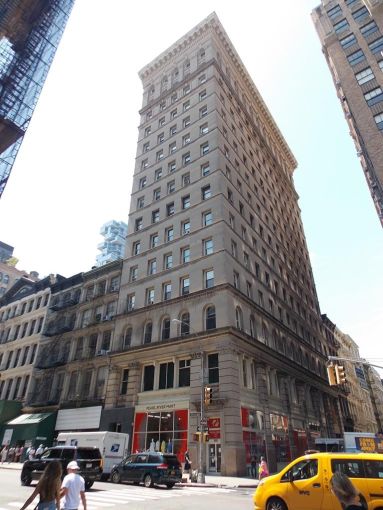 Architecture firm Fogarty Finger was running out of space in its Tribeca office, so it took the unusual step of leasing a retail space downstairs.

The 15-year-old firm inked a deal last week for 6,000 square feet of ground floor and basement retail in its current home at 69 Walker Street, between Broadway and Church Streets, where it has occupied 8,000 on the second floor for four years, company co-founder Robert Finger told Commercial Observer. It will use the new square footage as an part of its office. The lease will last for two years, with the right to extend.

No brokers were involved in the transaction. Representatives for the landlord, WalkBroadway Realty LLC, declined to comment.

Asking rent for the space was $70 to $80 a square foot, but “we landed on something more affordable,” Finger said.

The rest of the building is residential, and the firm would have had to move if it didn’t lease the first-floor space.

“Our work model is that we all sit in one studio,” he explained. “Our choice was to move, or consider the retail. We hadn’t thought about it because it was too expensive, but then we negotiated. The retail had sat vacant for so long.”

He suggested that more landlords should consider leasing their empty retail to office tenants. “Retail rents have come down, so it was actually affordable for us,” he said.

Fogarty Finger already has its own entrance, elevator and exterior signage in the property between Broadway and Church Street, which is also home to Chinese decor emporium Pearl River Mart. The 15-story, late 19th-century building was originally constructed as a commercial loft building, but it was converted to 64 residential condominium units in 1983. However, the first two floors remain commercial.