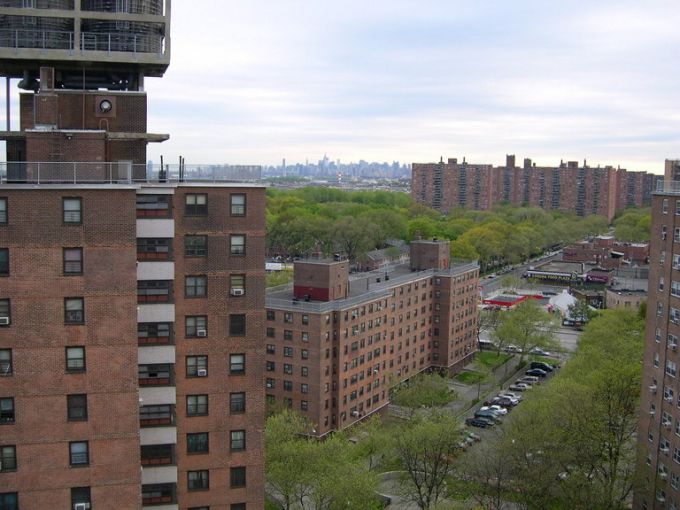 A view of the Soundview section of the Bronx, with Manhattan in the background. Photo: Wikicommons

York Studios has landed a new $26.5 million mortgage from Flushing Bank for its production complex under construction in the Soundview section of the Bronx, according to property records filed today.

The entertainment production company, which already runs a 40,000-square-foot studio in Queens, commenced plans to double down on the industry last summer when it broke ground on new digs at 1410 Story Avenue, just south of the viaduct that carries the Bruckner Expressway across the Bronx River.

The new studio’s first section—which will be more than four times the size of the company’s Queens facility—is set to open later this year, according to the timetable York’s website sets out for the construction period. A second effort will bring the the usable production square footage on the ten-acre site to 350,000.

In all, the company plans to spend $100,000 on construction, according to a statement on its website. Record filed with New York City show that York acquired the lot, which had been vacant for more than 20 years, for $7.1 million in 2012.

In recognition of the 400 production jobs the studio is expected to create, York can count on a $36 million tax break over 25 years, the Bronx Times reported.

York’s Queens location, at 34-02 Laurel Hill Boulevard in Maspeth, has hosted shoots for films including John Wick and The Amazing Spider-Man 2, and the CBS television show Elementary.

Representatives from York and from Flushing Bank didn’t respond right away to requests for comment.