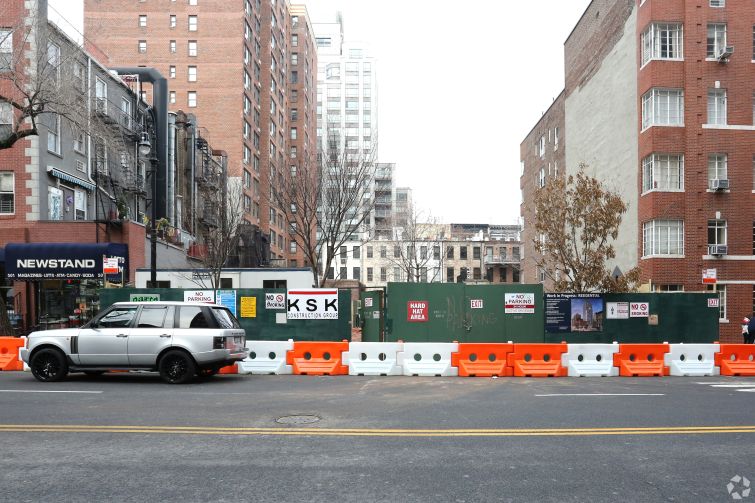 The lot at 511 East 86th Street where Sky will build a 22-story tower. Photo: CoStar Group

Ben Ohebshalom‘s Sky Management has pulled in a $52.5 million mortgage from First Republic Bank, secured by a lot on the Upper East Side where it plans to build a residential high-rise, according to documents that appeared in property records this morning.

Sky bought the deed for 511 East 86th Street, between York and East End Avenues, ten years ago, paying $2.7 million for the walk-up building with eight apartments that the lot then supported. In April of last year, the company filed plans to tear that structure down to make way for a new 22-story tower with 139 apartments totaling 134,000 square feet.

The company has not yet said whether the units will be condos or rentals. Originally, Sky had planned to set aside 35 apartments to low-income residents, but DNAinfo reported last summer that thanks to changes in city housing rules, it would cut that sum to eight. The developer will also rent out about 5,000 square feet on the ground floor and in the cellar to a retailer.

Arquitectonica, a Miami-based firm that has designed the Westin Hotel in Times Square, the Bronx Museum of the Arts and eye-catching office buildings on at least three continents, drew up plans for the new Yorkville development.

Representatives from Sky Management, First Republic Bank and Arquitectonica could not immediately be reached for comment.