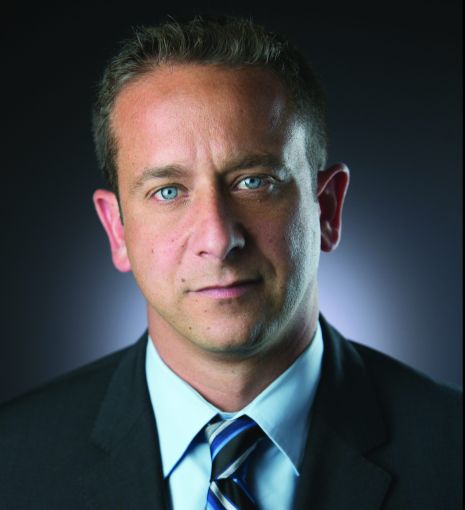 Emerald Creek Capital has been busy providing bridge loans to the market since 2009. Last year, it closed its largest loan to date, a $42 million condominium financing. Mark Bahiri, one of the company’s co-founders, sat with Commercial Observer and described Emerald Creek’s lending appetite as well as where he draws the line in competing for deals.

Commercial Observer: You started Emerald Creek in 2009 at the bottom of the market. Why then?

Mark Bahiri: After the market crashed in 2008, I noticed there was a large void for credit in the marketplace. My long-term friend [Mark Penna, a managing partner at Emerald Creek] also invested in the space, and he was working with Neuberger Berman—which at the time was owned by Lehman Brothers—so they were going through a bunch of changes in 2008 to 2009. So, we made a decision that it was a good time to go into business together, launch our own fund and try to provide credit where the banks were pulling back.

How has the firm grown since then?

We started as four people, and today we’re 15 people and have two offices: our headquarters in New York and an office in South Florida. We’ve closed over 250 transactions all over the country.

Has your average loan size changed?

Yes, when we started our average loan size was $2 million or $3 million. Today, our largest loan to date is a $41.5 million loan on 47th Street last year [to New Empire Real Estate Development for its condominium development at 131-141 East 47th Street] and our average loan size is between $5 million and $20 million. We provide senior-secured first mortgage bridge loans with one- or two-year terms

Let’s talk about the East 47th Street loan. Why was it a good fit for Emerald Creek?

The transaction is typical of what we’ve seen in the marketplace. The borrowers acquired the land for $90 million, got the plans approved by [New York City’s Department of Buildings], then they had to have some changes made to their project designs and resubmit to DOB to get those changes approved, which put their construction financing on hold. In the interim, they had a land loan that was maturing on the asset, so they needed some form of refinancing to bridge themselves until they got the revised plans approved. It was the perfect opportunity where they needed a quick loan to refi an existing loan until they got approvals. For us to do a $45 million loan on what we appraised for $100 million and they acquired for $90 million, we thought was a great deal.

We think it’s a very good place to invest capital because we’re senior-secured, we get personal guarantees from the borrowers on the majority of our loans, and our average loan-to-value is about 55 percent.

Have you seen an increase in competition?

Definitely. Obviously since the crash, we’ve been in an extremely low interest rate environment and people have been straining for yield both nationally and globally. We’ve seen insurance companies, private equity firms and hedge funds come into the space. It certainly has affected the industry overall, and there has been significant price compression since 2009. When we started the business, our average interest rate was 10 or 11 percent, and today the lowest interest rate that we’ve charged has been 7 percent. So, we’ve had to compete on pricing, which is O.K. for the right deals. But one area we don’t compete on as much is proceeds. It’s important for us to remain conservative in our loan-to-values and be responsible in our lending practices.

If we do have to compete on proceeds, we’ll occasionally allow a mezzanine loan to come in behind us to make up for the shortfall in proceeds. Historically, we haven’t allowed any other debt behind us, but if it’s a relationship that we know and we’re comfortable with, then we’re open to it.

Which markets are you most active in?

We’re active in Manhattan and Brooklyn, but we have a national footprint, and we like core markets—Chicago, L.A., San Francisco and Miami. We stay away from asset classes that we see as more illiquid than others, such as raw land and heavy industrial properties. We’re extremely conservative with hospitality assets but are aggressive as possible if it’s an asset class we like, such as multifamily, retail or office.

What type of retail will you lend on?

We’re okay with service-oriented retail, but we’re staying away from big-box retail.

Are there certain traits you value in your employees that contribute to the firm’s success, and how do you instill those values?

Every employee at the firm is a team player. I want them to be successful and have that entrepreneurial spirit but not at the expense of the team. I’d like to think that I have a positive influence on them, but the truth is, they all have an altruistic nature within them, whether that’s for charitable causes or for the greater good of the firm. If there’s a selfish employee at the firm, they tend to not be around very long.