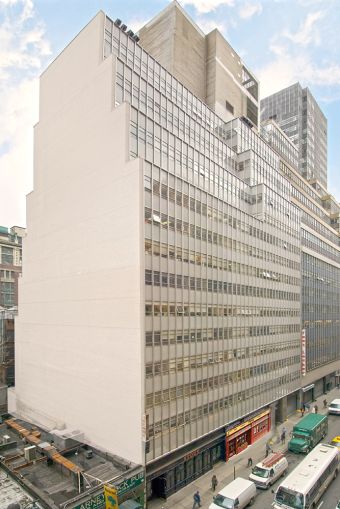 The space spans the entire seventh and a portion of the eighth floor in the building at 131 West 33rd Street between Avenue of the Americas and Seventh Avenue, according to Michael Rudder of Rudder Property Group, who along with Mike Heller represented Progressive in the deal.

“In addition to being a great functional environment it will cost them less on a run rate than a lease, and at the end of any given period they have an asset which could appreciate in value,” said Cushman & Wakefield’s Mark Weiss who represented Local 79 with Rob Eisenberg.

Local 79 will relocate from  520 Eighth Avenue, where the union leases space.

Progressive, the largest lender to taxi cab medallions, purchased the seventh and a portion of the eighth floor in October 2009 for $6.9 million and the remaining portion of the eighth floor in September 2011 for $4.2 million, Rudder said. The union utilized the space and as part of the sale has leased it back for a year before the union moves in.

In addition to the 19,105-square-foot condo, Progressive owns a 5,031-square-foot condo on the eighth floor, which Advertising Week, an event for marketing, brand, advertising and technology professionals, is in via a short-term cancelable lease. Rudder and Heller are marketing that space.

Time Equities purchased the 16-story building, which has an alternate address of 127-135 West 33rd Street, in 2007 for $70.5 million and converted it to office condos. It’s now occupied by different individual owners including NY State Nurses Association and Drug Policy Alliance.