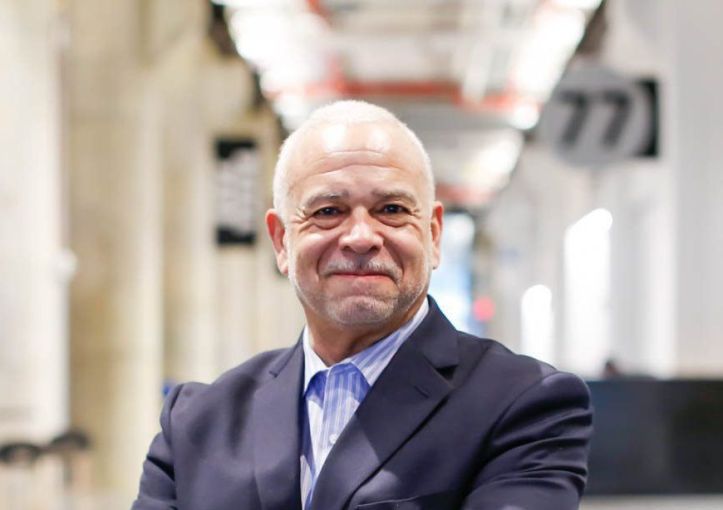 The Brooklyn Navy Yard, the multi-use development on the Brooklyn’s East River waterfront south of Williamsburg, has named Michael Kelly its new COO.

Kelly, 54, served most recently as the general manager of the New York City Housing Authority, a position he resigned from in late January (he held this job from 2009 to 2011 and then again from April 2015 to late January). In his new role, Kelly will be in charge of overseeing the 300-acre Brooklyn complex’s property management team as it navigates a colossal expansion. He replaces Sukanya Paciorek, who left the COO role in January, according to her profile on LinkedIn.

The Navy Yard, which includes the 580,000-square-foot Steiner Studios production facility and hosts Brooklyn College‘s graduate cinema program, is in the midst of tidal growth. Developer Douglas Steiner, who acquired the site in 1999, is tacking on 165,000 square feet of additional retail space and 360,000 square feet of offices at the complex.

“BNYDC continues to demonstrate its ability to fulfill its mission of creating middle-class jobs for New Yorkers at the Brooklyn Navy Yard,” David Ehrenberg, the development’s CEO, said in a statement. “Its success is based on the experience, capabilities and devotion of its team, which now includes Michael Kelly. His decades of experience will greatly support BNYDC in the management of the…campus.”

After beginning his career at San Francisco’s housing agency in 1983, Kelly became the first architect to lead a major city’s residential policy arm when he became head of that organization in 1994. Kelly went on to serve as the director of city housing agencies in New Orleans, Washington D.C. and Philadelphia.

Despite a successful career that garnered national attention for his efforts to house the urban homeless, Kelly was briefly dogged by scandal during his time at the head of Philadelphia’s housing agency. Near the end of his tenure there, reports surfaced that the official had improperly favored a female staffer with whom he was having a consensual affair. Internal investigators at the Philadelphia Housing Authority and the U.S. Department of Housing and Urban Development cleared Kelly of any wrongdoing.

Kelly was not available for comment, but said in a prepared statement: “It’s a thrill to be part of this remarkable and innovative effort to create jobs and promote mission-driven economic development.”