Under Construction: A Modern Commercial Building in Southern Brooklyn 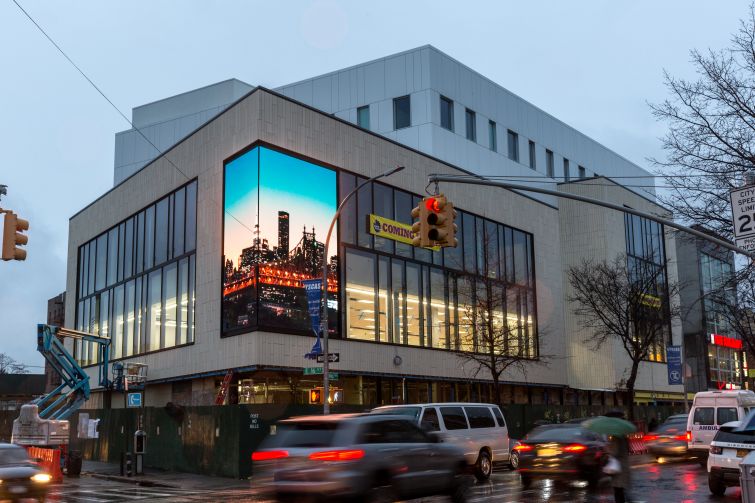 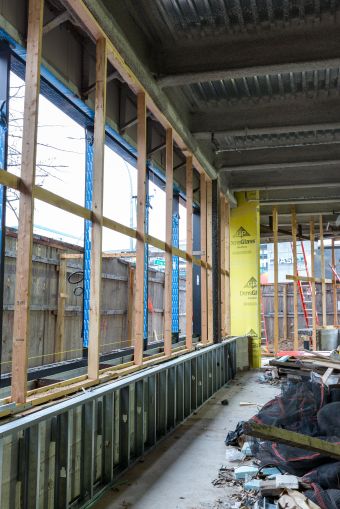 The ground floor space of the development will have a floor-to-ceiling glass corner, which will be occupied by CVS. Photo: Melissa Goodwin/For Commercial Observer 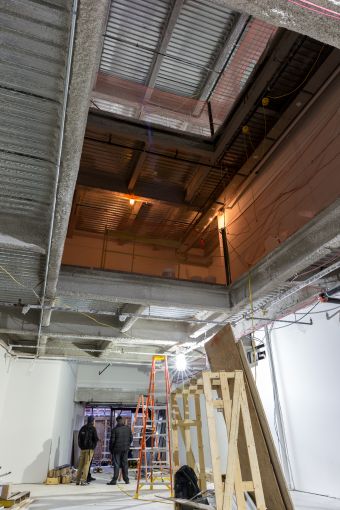 Planet Fitness will have a three-level atrium in its space. Photo: Melissa Goodwin/For Commercial Observer 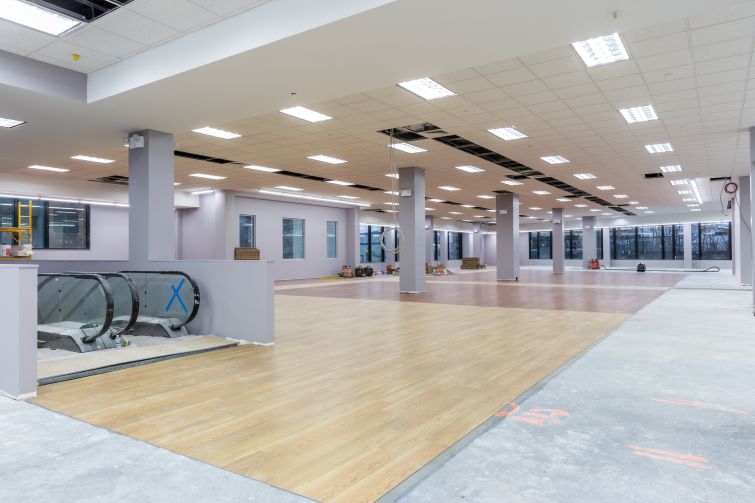 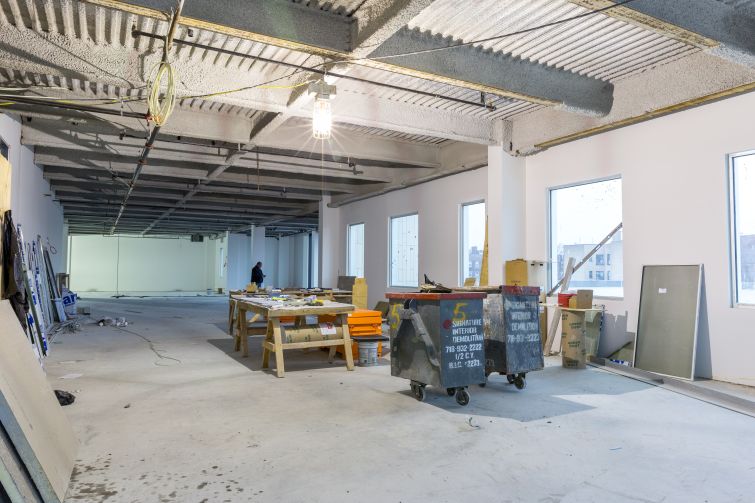 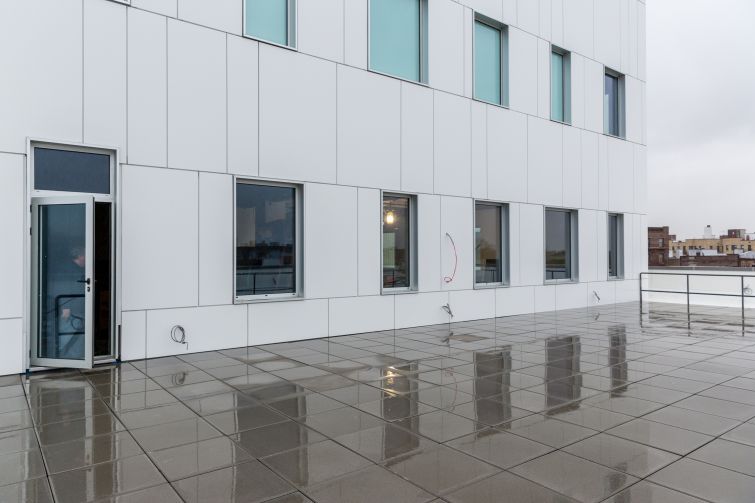 Lake Realty’s 1601 Kings Highway is a little hard to miss in Sheepshead Bay.

Illuminated video screens on the sides of the 68,000-square-foot office and retail development on East 16th Street and Kings Highway immediately draws attention to the property amid the crowd of surrounding red brick structures built in the early 1900s.

And, aptly so, the developer is using the screens to advertise tenants that will soon fill its currently hollow floors still under construction, such as Modell’s Sporting Goods, CVS/pharmacy and Planet Fitness.

But video screens are certainly not the only thing that stands out. The five-story building towers over the low-rise two-story buildings around it, and the steel and concrete-frame building consumes nearly the entire blockfront across from the Q and B subway station. Plus, 1601 Kings Highway features floor-to-ceiling glass and a beige terra cotta facade.

“It’s a cool and unique design,” Nick Zweig of Locations Commercial Real Estate, which is handling the leasing of the building, told Commercial Observer during a recent tour of the new structure. “It shows what could be done in the outer boroughs.”

Being so close to the subway (which is above ground in Sheepshead Bay) means that every couple of minutes there will be a rattle of from a train barreling on the tracks, but future tenants and customers in 1601 Kings Highway won’t hear it as the building has soundproof glass windows.

Each of the floors has limited columns, allowing the retail and office tenants ample space for open-floor plan layouts. And the ceiling heights range from 14 feet to 15 feet (slab to slab). Mechanicals in the building are set on the roof, where it is possible to see the Verrazano-Narrows Bridge and the Manhattan skyline on a clear day.

Construction on the building is expected to be completed in the summer, and tenants have already begun building out their spaces. The property is roughly 87 percent leased, and Zweig said it’s because of the caliber of the building.

“If you build a quality product, the tenants will notice it,” Zweig said. “Quality products will attract good, top-of-the line quality tenants.”

CVS, which will be in most of the ground floor of the building, will have a full glass-front corner. And Planet Fitness, which will occupy part of the ground, a portion of the second and the entire third floor, will have a three-level atrium that will allow future exercise enthusiasts to see further up into the gym.

Modell’s will occupy part of the ground-floor space for an entrance with an escalator and an elevator that lead customers to its second-floor space. And DaVita, which provides a range of dialysis treatments and support services, will occupy the entire fifth-floor office space and part of the fourth floor of the building, leaving only about a 9,000-square-foot space on the fourth floor that has yet to be spoken for.

That vacant space has a paved 3,000-square-foot outdoor terrace—another rarity in Sheepshead Bay.