At MBACREF 2018, traditional bank lenders discuss how they can appeal to clients and retain market share. 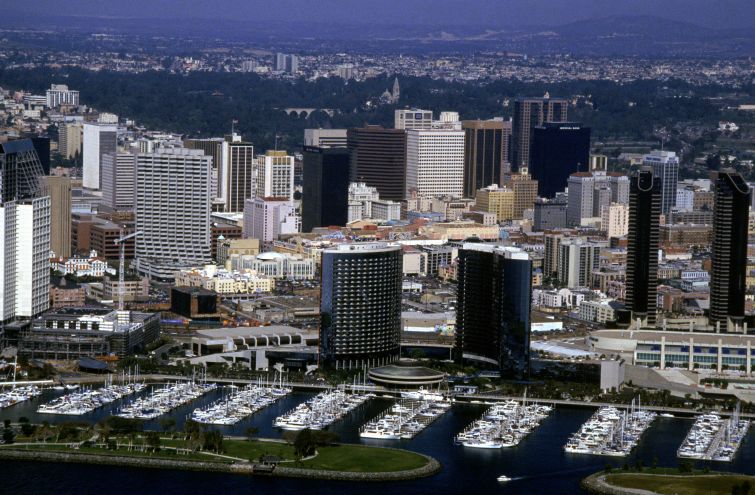 With an influx of capital into the commercial real estate market, including the ascension of a range of capital sources such as alternative lenders—unshackled and without regulatory constraints—traditional banks are grappling with ways in which they can appeal to borrowers and retain market share.

“We do a forensic analysis of lost deals, and the No. 1 reason we lost deals was because of the leverage, and No. 2 was pricing, and No. 3 was recourse, ” Kathleen Farrell, who heads up SunTrust’s commercial real estate business, said at MBA’s Multifamily Expo in San Diego on Monday. “I expect it’s not dissimilar from other traditional bank lenders out there. That says that if we want to be competitive this year, we’re going to have to stretch on leverage, drop our pricing and rethink recourse, right? That’s a real indicator of how many competitors there are in the market today.”

Farrell spoke along with several other bankers from large institutions with a range of risk profiles—including moderator Gregg Gerken, the head of U.S. commercial real estate lending at TD Bank; Chris Niederpruem, a managing director at CIT; and Doug Faithfull, the chief lending officer at Cambridge Savings Bank out of Boston—to kick off MBA’s annual CREF Multifamily Housing Convention and Expo at the Marriott Marquis in San Diego.

Market conditions and regulations have hampered these institutions, but they’re looking to regulatory reform under the Trump administration to bring some relief. And while they say some multifamily assets such as high-end, luxury spaces have been saturated, they’ve noticed gaps to fill in the mezzanine space.

“We haven’t really had to [use mezzanine debt] through the last couple of years,” Farrell said. “There’s been a gap between the bid and ask on what clients are looking for and what banks are willing to do, and you can feel that gap narrowing. But, it’s tough. I think a lot of us have long memories about the last downturn and how difficult it is to work out a [complex] deal.”

As this current cycle nears its (supposed) end, Niederpruem said bankers are asking themselves what a potential softening might feel like and how the market will react to a reset.

“The flipside of the competition we’re talking about is that all this capital in the market will potentially and hopefully soften the landing, and it may not be as bad a reset or recession as in the past,” Niederpruem said.

Farrell said there’s no indication that a recession is imminent and went so far as to use a sports analogy to indicate the market should expect more than just extra innings: They should expect a doubleheader. Every panelist agreed that while overtime is expected, there are many factors, including the U.S.’ current political environment—and the uncertainty that comes with it—and forthcoming monetary policy that could create some pause. One thing is clear, banks will have to up the ante.

“We do have runoff, and we want to continue the same levels of origination that we’ve had. But, it’s going to require some hard swallowing,” Faithfull said.

Gerken, moderating the panel, delivered one last question: What keeps you up at night?

“Burritos and tequila,” Faithfull joked, sending the audience in the Marriott Grand Ballroom into laughter.