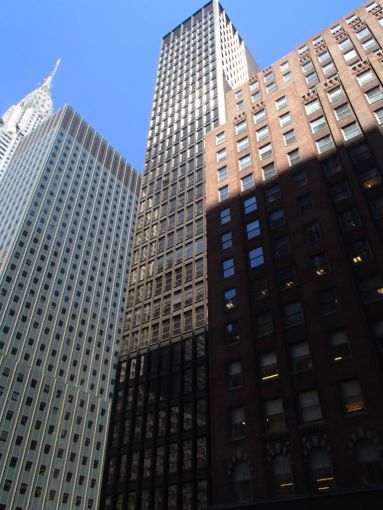 One of the country’s largest temp agencies has renewed its longtime lease in Midtown East, Commercial Observer has learned.

The Execu|Search Group has resigned a 28,151-square-foot lease at Durst Organization’s 675 Third Avenue between East 42nd and East 43rd Streets, according to a press release from the landlord. The recruitment and staffing firm first moved into the building in the early 1990s, taking 4,000 square feet.

The 16-year deal includes part of the fourth floor and all of the fifth floor. Asking rent in the transaction was in the mid-$60s, a Durst spokesman told CO.

“We are thrilled Execu|Search is renewing their lease at 675 Third Avenue,” Durst Organization President Jonathan “Jody” Durst said in prepared remarks. “Their footprint in the building has grown exponentially since they moved into the building over 20 years ago, and we are pleased to continue providing them with a company headquarters in a Class A office building.”

Robert Stella and Barry Spagna of Cresa represented the tenant. The Durst Organization was represented in-house by Ashlea Aaron and Lindsey Ravesloot Cullen.

Durst upgraded the lobby of the 32-story building last year, adding a new canopy, lighting, new turnstiles and security desk, and the rest of the property is getting new windows, an upgraded HVAC system, and a new outdoor plaza.