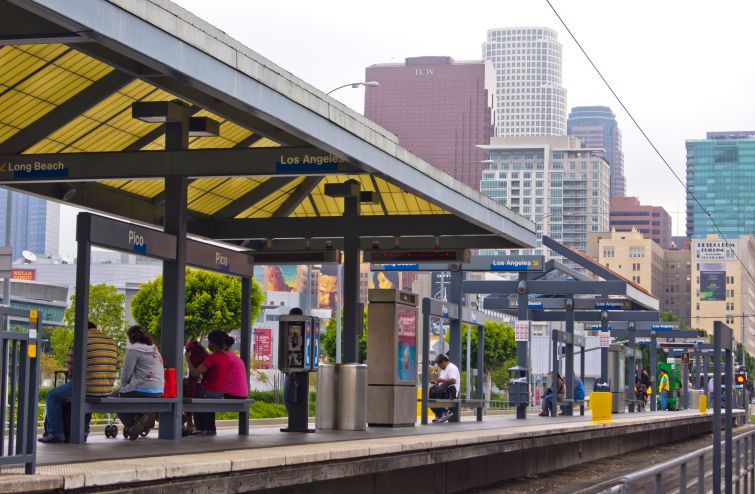 What’s in a bill? A lot. If Senate Bill 827 passes, it would reconfigure regulations facing new construction around transit hubs statewide. The bill—proposed by San Francisco Assembly Member Phil Ting, San Francisco Senator Scott Wiener and East Bay Senator Nancy Skinner on Jan. 3—would cede developers a transit-housing bonus for taller denser developments near major transit hubs and supersede local zoning requirements. It may be “about the most radical attack on California’s affordability crisis you could imagine,” according to Slate. At the very least, it’s one with the potential to be the most impactful housing legislation since the passage of Proposition 13 in 1978, which reduced property tax rates on homes, businesses and farms by about 57 percent.

The bill was referred to the Senate Housing and Transportation Committee on Jan. 16. According to a spokesman for Sen. Wiener, they will start amending the bill this week.  The first committee hearing on the bill is to be held sometime in mid to late March. As those for and against hash it out in the political and public sphere, here are five major points to know about the proposed legislation:

1) Transit-rich housing projects qualified to receive a transit-rich housing bonus would be new residential development projects within a half-mile radius of a major transit stop or one-quarter mile radius of a high-quality transit corridor. “High-quality transit corridor” is defined as a corridor with fixed route bus service that has service intervals of no more than 15 minutes during peak commute hours. The bill would exempt a project awarded a housing opportunity bonus from various zoning requirements, including maximum controls on residential density or floor area ratio, minimum automobile parking requirements and design standards. Though there would be no restrictions on the number of homes that could be built in the areas affected by the bill, minimum-height limits would range from 45 to 85 feet depending on how close the project was to a station and whether it was located on a main road or side street.

2) The impact will be greatest in transit-rich areas like San Francisco, but will also be felt in corridors in Los Angeles, Oakland, San Diego and low-rise, transit-oriented suburbs statewide.

3) Proponents include principal supporter California YIMBY, a statewide pro-housing organization, and more than 120 top executives of California tech companies and venture capital firms, The Los Angeles Times reported. Frank Petrilli, a real estate attorney at Arent Fox based in San Francisco, said that both the pro-housing and tech industries are actively supporting the bill, as the chronic lack of affordable housing in Silicon Valley, Santa Cruz, San Francisco and Silicon Beach on the Westside of L.A., has hurt their ability to recruit employees.

4) Opponents include the Sierra Club of California, the legislative and regulatory advocacy arm for Sierra Club chapters in the state. (The Sierra club is one of the nation’s oldest and largest environmental organizations.) The state club has argued that the bill has the right aim, but the wrong method. It maintains that stripping local governments from the decision-making process may lead to less transit being offered and more pollution generated.

5) L.A. City Councilman Paul Koretz—who has argued for the preservation of single-family zoning in the Westside neighborhoods he represents—called the bill “devastating,” “insanity” and “the worst idea I’ve ever heard.” “I would have a neighborhood with little 1920s, ‘30s and ‘40s single-family homes look like Dubai 10 years later,” Koretz told the LA Times. Koretz said the bill would lead to an increase in new home building that would snarl traffic and go against what his constituents want in their neighborhoods. Berkeley Mayor Jesse Arreguín went even further, calling the legislation “a declaration of war against our neighborhoods.” Some community activists in South Los Angeles argue the measure would speed gentrification by incentivizing high-end construction.