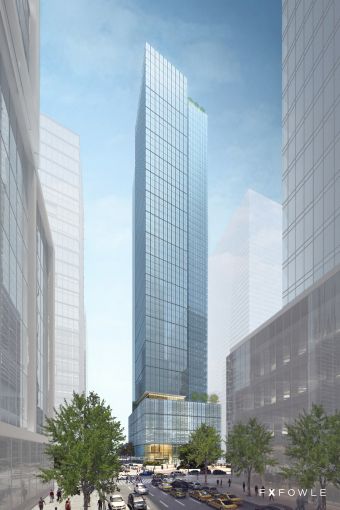 Moinian broke ground on the $2 billion project—set to occupy the entire block between 11th Avenue and Hudson Boulevard Park from West 34th Street to West 35th Street—at the end of last year. The 53-story, 2-million-square-foot office tower is scheduled for delivery by 2021 and will be funded through a mix of debt, equity and EB-5 funding.

“George Washington Immigration Group is a first-class organization with team members who have a tremendous track record in the EB-5 industry,” Joseph Moinian, the chief executive officer of Moinian Group, said. “Construction of 3 Hudson Boulevard is already underway. We are excited to bring this elegant tower to completion, becoming a permanent fixture of the Far West Side and the New York City skyline.”

The Real Deal first reported that Moinian Group was seeking up to $500 million in EB-5 financing last November.

“We are proud to be a part of this fantastic Hudson Yards District development,” said Evan Stoopler, the founder of George Washington Immigration Group. Steven Anapoell, a managing partner at the company, helped structure and implement other significant EB-5 financings, including Hudson Yards for Related Companies and 30 Park Place for Silverstein Properties.

In an interview with CO last year, Joseph Moinian described 3 Hudson Boulevard as the flagship of the company’s 11th Avenue developments—which rack up 4 million square feet in total. Moinian has been acquiring development sites in, what is now, the Far West Side for over 20 years.

When completed, 3 Hudson Boulevard will stand at over 900 feet tall and have 360-degree views of the Hudson River, Central Park and the Empire State Building.