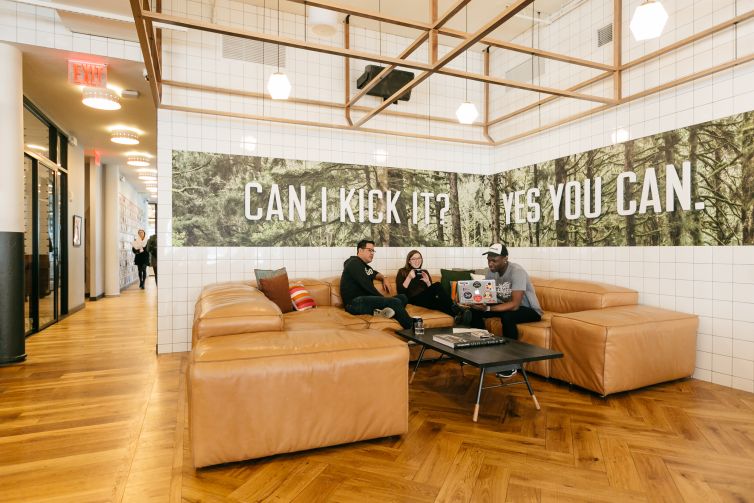 Coworking represents a small yet growing segment of the office market, a new study demonstrates, with Manhattan dominating.

Yardi quantified coworking locations in 20 of the U.S.’ largest markets encompassing buildings of 50,000 square feet in major cities and large regions. The research found companies offering memberships at 1,166 coworking sites with 26.9 million square feet of space, which represented 1.2 percent of office space in the 20 markets studied. Furthermore, 11 of the 20 locations studied have more than 1 million square feet of coworking space for lease. There is no comparative data available, as Yardi said this is the first study to “quantify the amount of square footage of coworking space in relation to total office space within markets.”

Perhaps, unsurprisingly, coworking has proliferated more in cities—which have a critical mass of workers—with leases encompassing 1.4 percent of urban office versus 0.9 percent of suburban office space, according to Yardi.

Although there are numerous companies offering coworking space for lease, the field is dominated by Regus (9.4 million square feet)—which pioneered the “workspace as a service” concept in the 1990s, first in Europe and later in the Americas—and WeWork (6.5 million square feet). The two industry giants account for nearly 60 percent of all coworking space in the 20 markets studied.

“Demand is high in markets with concentrations of knowledge workers—especially IT but also new media or industries such as biotechnology and telecommunications—that are friendly to startups [and] in metros where space is at a premium,” the report says, and lower in cities such as Dallas and Houston that have modest barriers to construction and high vacancy rates. Markets with lower vacancy rates, where office space is at a premium, have a higher concentration of coworking space. Fewer blocks of space exist in large coastal markets studied, such as Manhattan, San Francisco and Los Angeles, which, subsequently, have led to a larger percentage of coworking space.

That’s certainly been the case in Los Angeles, where an increasing number of new media providers including Amazon and Netflix have set up shop around town.