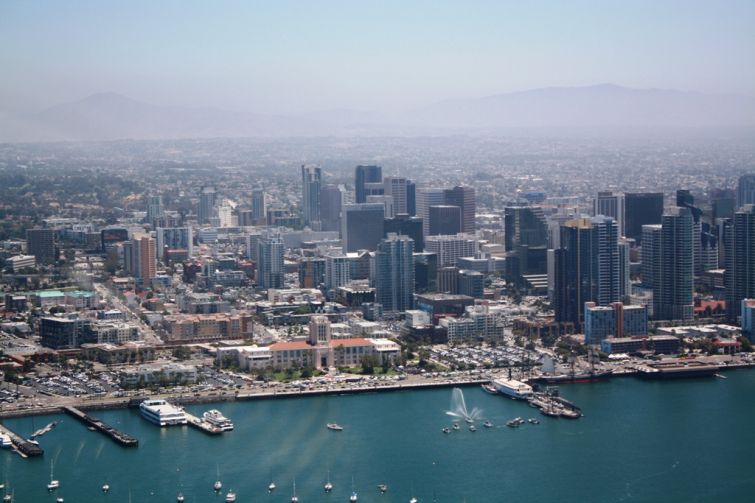 Life insurance companies have upped the ante in commercial real estate in the last several years, mining for investment opportunities and providing a safer long-term financing option for many borrowers.

One theme that resonated for many life company officials in 2017 was the political and economic uncertainty that racked the market as a whole, said experts on the Accessing Life Company Funds panel.

“It was really whipsawing the borrowers and the market, and you really saw volume come in these fits and starts,” said Colin Elder, a senior vice president at Symetra Life Insurance Company, said at MBA’s Multifamily Expo in San Diego on Monday. “We got to our number of $1.1 billion, but when you look at it, there were some weeks when we were selling 15 deals and other weeks when we sold only two or three. It’s a reflection of what was happening in the larger economic landscape.

“At the end of the year, it seemed we had a rush of business, and those borrowers are probably patting themselves on the backs now with what’s happened with interest rates,” Elder added.

Nonetheless, these companies—large and small—are still bullish on the commercial real estate landscape and what it has to offer this year in terms of growth. Despite the turbulent economic environment, they’re excited about their competitive advantages.

“[Banks] are faced with a flattening yield curve, and they’ve done a lot of lending over the last few years, so they’re getting heat from regulators,” Elder said. “In this rising rate environment, people want to move offshore to fixed rate, and they’ll be interested in moving off their bank debt and go to a longer-term life company.”

Bedwell characterized 2017 as a “grind,” although his company met its production goal of $1.3 billion. “It felt like we were grinding every day. It wasn’t overly hard but interesting because you kept hearing things about borrowers wanting to wait because they think rates were going to go down next week and then they’d turn around and want to lock in something quickly because they think rates are going up.”

The uncertainty surrounding monetary policy creates issue for some small balance-focused companies such as Chen’s team at Genworth Financial.

“If rates go up too fast and too high, clearly, that’s a big risk. It obviously will slow down our market and our opportunities,” Chen said. “I do think the concern about inflation is an overhang for us, but we stick to what we do well. I’m still bullish on real estate despite potential headwinds.”

But, for larger shops such as Northwestern Mutual—with a $200 billion total portfolio and a $5 billion goal for 2018, according to Hanson—he can see the possibilities in construction financing as traditional banks have taken a “breather,” he said. Hanson added that chances will continue to be presented as borrowers look to cushion themselves with longer term financing as we near the end of the current cycle.

“Interest rates are a concern at his point, especially if it’s inflation-based,” Hanson said. “But, I still feel real estate does well in that environment. I’m still bullish, but maybe my horns are a little pulled back from where they were last year at this point. But, the underlying economy is still very strong.”

Life companies continue to expand their presence, so in a fitting manner to cap off the session, Elder exclaimed to a pleased crowd, “Bring us your deals!”