Kendra Scott Is Opening a NYC Store, in Soho 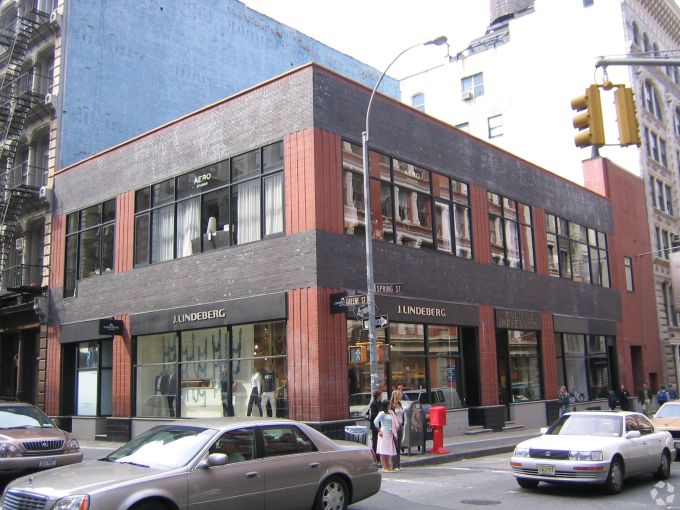 Kendra Scott will be opening a Soho store to showcase its jewelry, home decor and beauty products, Commercial Observer has learned. It marks the company’s entree into the New York City market after opening more than 70 locations nationwide.

The design company, founded by Kendra Scott in 2002 out of her spare bedroom, has nailed down 2,500 square feet at 126 Spring Street, at the corner of Greene Street.

Kendra Scott signed a 10-year lease (with options) and will take occupancy by the third quarter, according to a spokeswoman for the tenant’s broker at Newmark Knight Frank. The asking rent was $1,000 per square foot, although technically there wasn’t one as the space was originally being offered as a sublease with Swedish apparel brand J. Lindberg, the spokeswoman said. In the end, Kendra Scott did a deal direct with the owner, CJ Tan Spring LLC.

Of the leased space—all of which is for selling—half is on the ground floor and half is below grade.

“While other submarkets may dwindle in popularity, Soho will always be sought after by brands who seek that elusive mix of heavy pedestrian traffic, increased brand awareness and tremendous sales potential,” NKF’s Matthew Krell, who represented Kendra Scott, said in a statement.

The landlord’s broker, Jordan Barker of Bark Equities, told CO: “This is the best corner in Soho. This was the only prime retail opportunity on Spring Street that would provide Kendra Scott with up to 2,500 sf of selling space, while cutting their occupancy cost in half since they can legally sell out of the basement.” He added that the deal “tells the story that Soho really isn’t dead—it just takes a new type of retailer to be successful.”

That type of retailer?

“People that have a following and know how to generate traffic,” Barker noted. And “obviously it all comes down to a quality product.”

Other tenants in the two-story, 27,600-square-foot retail building include Longchamp with retail at the base and offices and a showroom upstairs, a Molton Brown store and a 1,000-square-foot vacant space that was until recently occupied by Vosges Haut-Chocolat, Barker said.