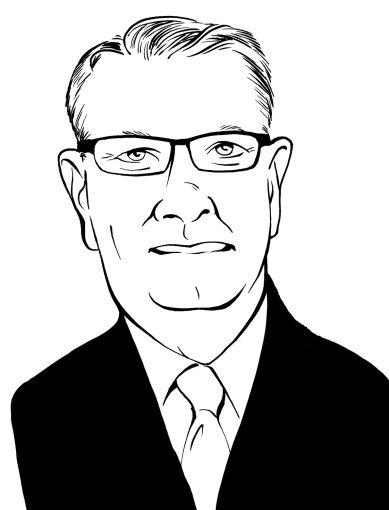 “How is the market today?”

It’s a question I often get as a real estate broker. And even after more than 40 years in commercial real estate, the former U.S. Merchant Mariner in me can’t help but turn to a nautical analogy to provide orientation in a market that has defied explanation.

The seas are choppy. Heavy fog is rolling in. Radar and radio aren’t working. As captain of the ship, what course do you take? Stop engines and drop anchor? Proceed at a crawl? Abandon ship?

These are the predicaments an uncertain market presents to today’s captains of real estate—landlords, tenants, buyers, and sellers.

Landlords are keeping their storefronts vacant to secure top-dollar rents. In CPEX’s 2017 Brooklyn Retail Report, we noticed the number of retail corridors averaging $100 per square foot has quadrupled over the last decade—including 10 that have at least doubled in pricing. In some cases, these corridors have fallen victim to their own success—in a flurry of articles investigating New York’s empty stores, even Manhattan’s Upper West Side had a vacancy rate of 12 percent.

Meanwhile, tenants, especially in the retail sector, are reluctant to sign a lease at such a high price point. In an environment where online shopping continues to undercut brick-and-mortar retail, and many nationals are letting their leases expire, small businesses in particular are having a harder time finding the right space at the right terms.

On the sales side, buyers don’t want to pay a premium at this point in the extended cycle. The turnover rate for elevator buildings in Brooklyn, for example, dipped from a 10-year peak of 3.9 percent in 2015 to less than 2 percent last year. And sellers can’t help comparing their properties to the peak values they might have achieved in 2015. For one of our clients, they were faced with offers 15 percent lower than the same property received two years ago. Wouldn’t you be a little salty?

In essence, we’ve gone from the Brooklyn Tech Triangle to the Bermuda Triangle.

Take Smith Street, for example: Rising retail tides brought average rents on Brooklyn’s “Restaurant Row” from $80 to $99 per square foot up to $150 per square foot in less than two years. Suddenly, market-force gales closed the hatches on a dozen stores. Only recently has it begun to regain its foothold, with one of Esquire magazine’s top bars in 2016 (Leyenda) and Stumptown Coffee opening on nearby Pacific Street.

We’ve lost our bearings, and we can’t see our way to safe harbor.

Luckily, there is a maritime precedent to help navigate out of uncharted waters.

After sailing their ships thousands of miles across the high seas, captains approaching New York out of Asia, Africa, Europe, or the west coast will welcome aboard what is known as a harbor pilot to determine the course and speed for the last leg of their voyage. Waiting outside the harbor to greet incoming vessels, the harbor pilot uses his experience and intricate knowledge of every reef, rock and other hazards to steer each ship safely into port.

This is the role of the real estate broker. We know the constant shifts in the current of the local market, the sandbars and shipwrecks to steer around, and other ships passing in the night.

Perhaps it is an owner or tenant’s first lease, or first lease in a long time. In other instances, the property may have never been to market before. With so many headlines touting the “Brooklyn” market, we as brokers can provide more nuanced advice and education of the different submarkets that could range from as much as over $1,000 a foot for a multi-family walk-up in Downtown Brooklyn to less than $200 per square foot in East New York.

No, it is not our ship. But we have guided countless ships just like it to that very same destination. Whether it’s a sunfish, a sailboat, a steamer or a yacht, we have brought it through low tide, high tide, busy afternoons, and pitch-black nights.

It may not be clear where we are or where we’re heading. But with the right tools—a compass, the north star, and a trusty navigator—we can always find an answer to “how.”

Where there’s a tiller, there’s a way, and a captain need not feel rudderless, even out at sea.

Whatever you do, there’s no sense in going down with the ship.

Tim King is the co-founder and managing partner of CPEX Real Estate.