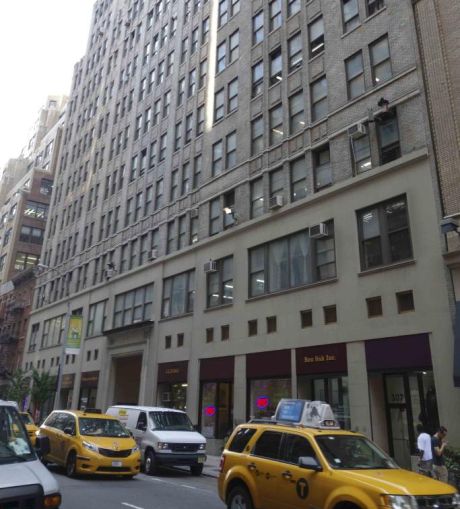 Nonprofit HIV/AIDS health care provider Gay Men’s Health Crisis (GMHC) is moving its headquarters to 307 West 38th Street in the Garment District, where it has agreed to take 110,000 square feet of office space at the George Comfort & Sons-owned building.

GMHC will occupy six floors—the second through fifth, seventh and eighth levels—at the 20-story, 300,000-square-foot property between Eighth and Ninth Avenues, the organization announced on Wednesday. GMHC plans to move into its new offices by the end of July from its current location at Brookfield Property Partners’ 5 Manhattan West on the Far West Side, where it has operated since 2010 in a 129,000-square-foot space comprising the entire sixth floor.

The Real Deal first reported news of the lease.

In a press release, GMHC said the new space will “be flexible enough to allow for future growth” and will make its services “even more accessible to its more than 12,000 annual clients living with or affected by HIV and AIDS.” The nonprofit, which was founded in 1982 as the world’s first HIV/AIDS service organization, provides treatment and prevention services as well as research and advocacy work “with the goal of ending AIDS as an epidemic.”

“We’re excited to move our headquarters to a more central, accessible location that will also better accommodate our operations and the services we offer,” GMHC Chief Executive Officer Kelsey Louie said in a statement, adding that the new offices “will have an efficient, welcoming layout.”

The West 38th Street location will include a dining room for the organization’s clients; rooms dedicated to counseling, wellness services and group meetings; substance abuse and mental health clinics; and staff offices. GMHC will also have access to a rooftop space that will be able to accommodate events.