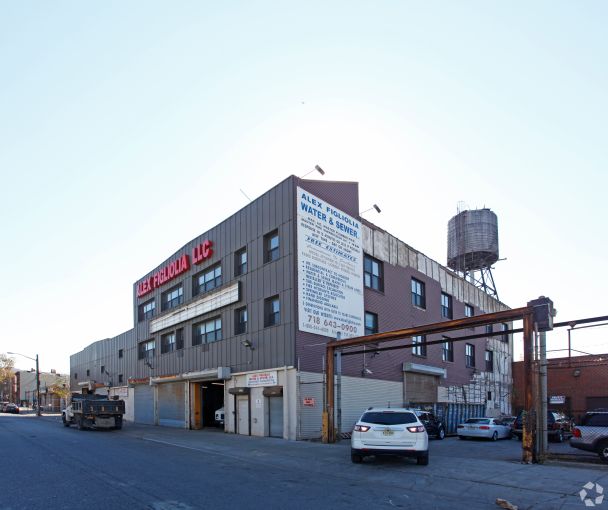 The Domain Companies has sealed a $38 million financing package for its purchase of an industrial building in Gowanus, Brooklyn, according to an announcement from HFF, which arranged the financing.

Property records show that the largest share of the debt comes from CIT Bank, which contributed a $25 million floating-rate mortgage to the package. New York City-based Sherwood Equities chipped in a $13 million mezzanine loan, completing a debt package that represented about 80 percent of the $47.5 million purchase price.

“Sherwood Equities’ lending platform was a perfect match for the project given, their appetite for pre-construction New York land loans and comfort with the rezoning of the property,” Christopher Peck, the leader of HFF’s team for the transaction, said.

The 65,000-square-foot building, at 420 Carroll Street, now hosts Alex Figliolia, a plumbing and sewer contractor. But with the Department of City Planning considering a significant rezoning of the historically industrial neighborhood, Domain is eyeing conversion of the site into a mixed-use development that would include housing—including some affordable units, HFF said.

A representative from the contractor declined to comment on whether it had yet spoken with its new landlord.

As the rezoning plans move forward, Domain has been eager to stay ahead of the curve. In December, it bought another warehouse in the neighborhood, at 545 Sackett Street. Matthew Schwarz, Domain’s co-founder, told Crain’s that he hopes to turn that site, too, into a mixed-use development that includes affordable housing.

Plans for the rezoning aim to make the Gowanus Canal the focal point of a reinvigorated and more pedestrian-friendly neighborhood—and the 420 Carroll lot includes about 250 feet of frontage along the waterway, immediately south of the Carroll Street Bridge.

The sale represents an impressive return for previous owner Property Markets Group, which bought the warehouse in 2012 as part of a two-property, $9 million acquisition.

Representatives from Sherwood and CIT Bank did not respond to requests for comment.