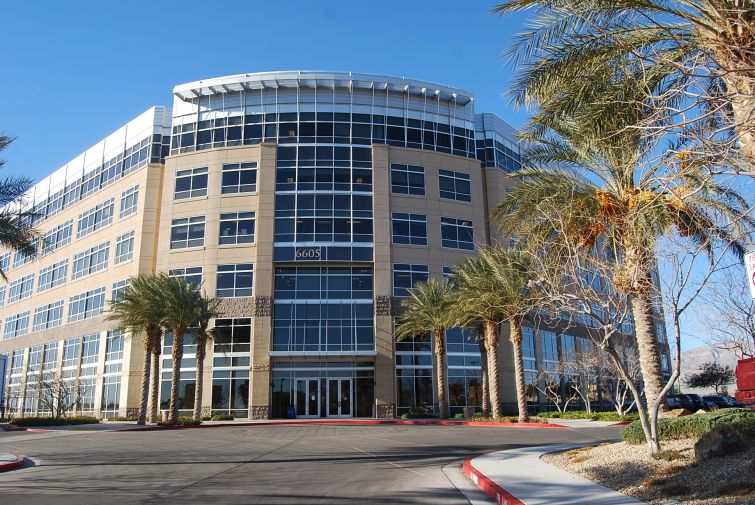 Moonwater Capital has secured a $41 million capital package to acquire a ten-year-old office building in Las Vegas’ booming northwest section, according to an announcement from Los Angeles-based Dekel Capital, which arranged the financing.

The transaction comprises a $28.5 million mortgage loan from Prime Finance and a joint-venture equity investment from a partnership between Moonwater and HIG Realty Partners, sources close to the deal told Commercial Observer.

The 177,000-square-foot building, at 6605 Grand Montecito Parkway, is about 15 miles northwest of the Las Vegas Strip. Two tenants—Alverson Taylor Mortensen & Sanders, a law firm, and Asurion, a company that insures mobile phones—now lease about 90 percent of the building’s space.

But the building’s recent history is a case study in how quickly the submarket’s fortunes have turned, said Shlomi Ronen, Dekel Capital’s founder.

“The seller bought [the building] in 2012 vacant,” Ronen said. “Like all of Vegas, [it’s] seen a substantial recovery over the last eight years. The market continues to grow at a very healthy pace, driven by the business-friendly environment, combined with affordable housing options.”

Even so, Ronen, who spoke with Commercial Observer shortly after returning to Los Angeles from the Mortgage Bankers Association’s San Diego conference this week, believes the city is just beginning to win a reputation as a solid destination for real estate investment.

“[Las Vegas] is still not a focus for a lot of lenders,” Ronen said. But “more so than before, lenders are open to lending in Vegas. They’ll lend with caution in Vegas, relative to other markets where we’re seeing lenders get a lot more aggressive.”

Ofir Hagay, Moonwater’s CEO, has seen a similar trickle of ever-growing outside interest in the city.

“We see Vegas becoming more attractive,” Hagay said. “I do all the tours with prospective tenants, and 80 percent of them are from out of town. People want to take advantage of the no state tax.”

Representatives for Prime Finance and HIG Realty Partners did not respond to requests for comment.