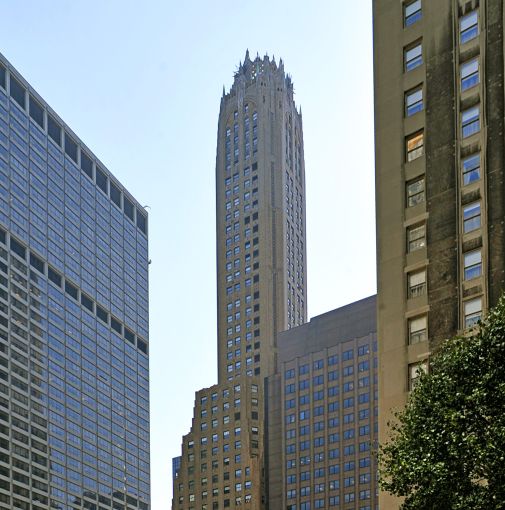 Cornell University has agreed to take more than 70,000 square feet of office space via two separate transactions at the Feil Organization’s 570 Lexington Avenue in Midtown East.

Cornell ILR School will relocate from its current New York City location at 16 East 34th Street between Madison and Fifth Avenues, while the Weill Cornell deal is for new space that will add to the medical institution’s sprawling Manhattan footprint, according to a source with knowledge of the transactions.

In a press release announcing the deals, Turino noted that Cornell will now be the largest tenant at the building, adding that the university’s presence “will add great prestige to the 570 Lexington Avenue tenant roster.” Brian Feil, the landlord’s vice president of leasing, added that the transactions are indicative of Cornell’s intention “to grow its many and diversified schools and graduate programs in New York City.”

Representatives for C&W did not immediately return a request for comment. The Real Deal first reported the news of the leases yesterday.

The deals with Cornell have pushed 570 Lexington Avenue’s occupancy to 96 percent, according to Feil. Other tenants at the property include law firm Carroll, McNulty & Kull, executive compensation consultancy Pearl Meyer and the Real Estate Board of New York.

Cornell’s new space in Midtown East is not far from the university’s 2-million-square-foot Cornell Tech campus on Roosevelt Island, which will house academic operations as well as tech-oriented commercial tenants including Citigroup, Two Sigma and Tata Consultancy Services.