As Regulators Close in, Anbang Claims It Will Retain International Holdings 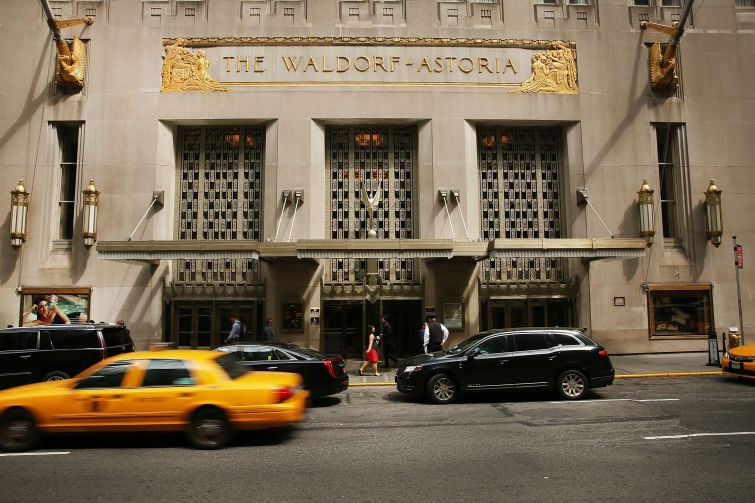 Anbang Insurance Group, the Chinese insurance holding company that owns the Waldorf Astoria, Essex House and a dozen other U.S. hotels, said today that it will stand by its international investments even after the Chinese government seized control of the company last week.

“We will continue to be committed to our overseas subsidiaries’ business and investment, and will provide necessary support to their healthy development,” a spokesman for the company said, as per Reuters.

The government’s takeover prompted speculation that Anbang—one of China’s largest insurance companies—would be forced to sell some of its international assets, billions of dollars of which it purchased on a buying spree that has spanned three continents over the last five years. And The Wall Street Journal reported yesterday that the Chinese government is already entertaining buyers’ offers for parts of Anbang’s portfolio.

It wasn’t immediately clear how Anbang would be able to retain its investments.

After Anbang’s chairman, Wu Xiaohui, was detained in China in June 2017 on suspicion of economic crimes (and indicted last week), the government asked Anbang to sell off overseas assets and to bring the proceeds back home. At the time, Anbang said it had “no plans to sell its overseas assets at the moment” and that it had “ample cash and abundant ability to pay back” its obligations.

The government agency that will control Anbang until at least February 2019, the China Insurance Regulatory Commission, is in the midst of a broader crackdown on offshore investments. Last month, China’s official news outlet reported that CIRC will “put a brake on” insurers’ overseas spending on “real estate, hotels, cinemas and entertainment” beginning on April 1. (That decree appears to fall short of an outright ban, however: investment in casinos, by contrast, will be fully prohibited.)

The government news report, from the government-run media company Xinhua, tied risky overseas spending unrelated to the core insurance business to Chinese insurers’ rising premiums, saying that such spending does not “serve the real economy.”

As of last Friday, Anbang’s three-year, $2 billion gut renovation with AECOM Tishman, including a project to turn some rooms into condominiums, appeared to proceed uninterrupted. Blackstone sold the Waldorf to Anbang in 2014 for just shy of $2 billion, but Bloomberg reported this month that the private-equity giant has been talking to the Chinese insurer about buying back the famed hotel. A source familiar with the company told Commercial Observer today that such a move would be highly unlikely.

Wu, who is married to a granddaughter of former Chinese leader Deng Xiaoping, became a billionaire running Anbang since its founding in 2004. His legal trouble throws the insurer’s international holdings into particular uncertainty, because media reports describe him as the sole mastermind behind the Waldorf and Essex House acquisitions, as well as Anbang’s failed $13 billion bid for Starwood Hotels & Resorts in 2016.

And it is an especially bad time to be arrested for public crimes in China. A law enacted last week expands the Communist Party’s abilities to detain those it suspects of abusing power even as it continues to investigate their alleged crimes.

“This recent change reflects, among other considerations, the party’s paranoid fear of serious weakening by corruption and its deep commitment to control over Chinese society,” Mercy Kuo, the president of the Washington State China Relations Council, wrote in a column in The Diplomat, a website devoted to Asian foreign affairs.

A representative for Blackstone declined to comment, as did a spokesman for AECOM. No one from Anbang was immediately reachable due to the time difference.