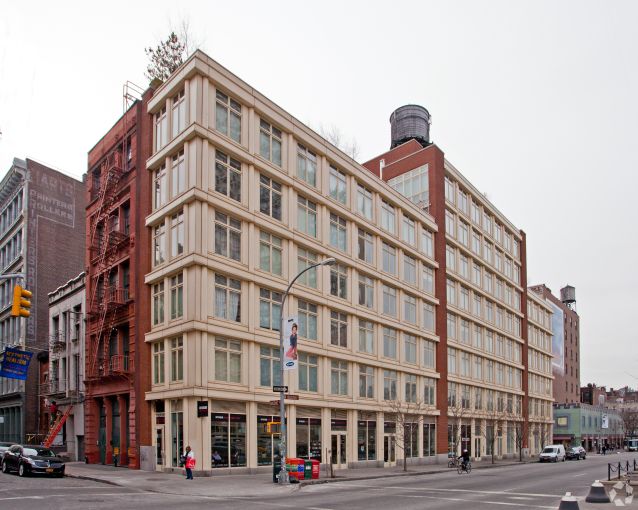 Van Leeuwen Artisan Ice Cream will be serving its ice cream in Soho, its first location in the Manhattan neighborhood, Commercial Observer has learned.

The ice cream company, which started in spring 2008 out of a truck on the streets of New York City, has leased 542 square feet at 145 Greene Street, also known as 160 Wooster Street, at the corner of Wooster and Houston Streets, according to Avi Akiva, a retail specialist at Kassin Sabbagh Realty. The lease is for 10 years and the asking rent was $500 per square foot, he said.

Van Leeuwen will occupy part of Ashkenazy Acquisition Corporation’s retail condominium at the building, which the investment firm acquired in October 2013 for $9.9 million. Akiva negotiated the deal for both sides, aided by Ashkenazy’s Daniel Iwanicki in-house.

“They’re one of the best ice creams around and they have a good following,” Akiva said. Van Leeuwen liked the location, the aesthetic of the building and the 30 feet of frontage on Houston Street, he added.

Upstairs are 18 residential condo units, according to CoStar Group.

Van Leeuwen has stores and trucks in the city as well as in Los Angeles, and sells its ice cream—made from scratch in Greenpoint, Brooklyn—in grocery stores.

Iwanicki didn’t respond to a request for comment and nor did anyone from Van Leeuwen.