The Plan: Inside Winton Capital’s Offices at 315 Park Avenue South 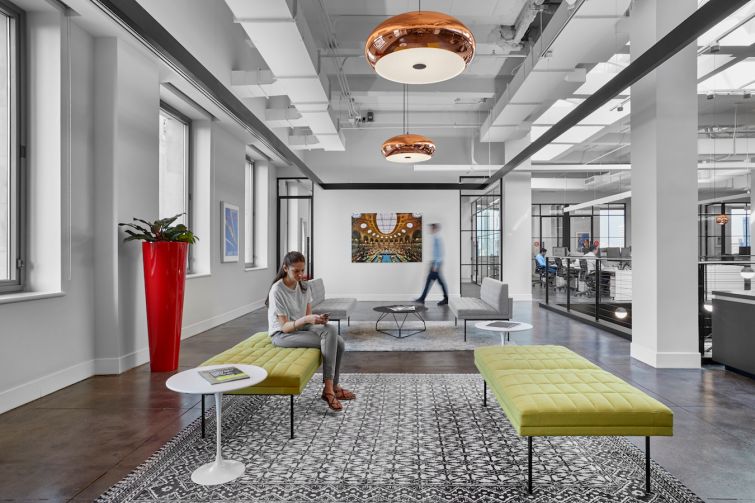 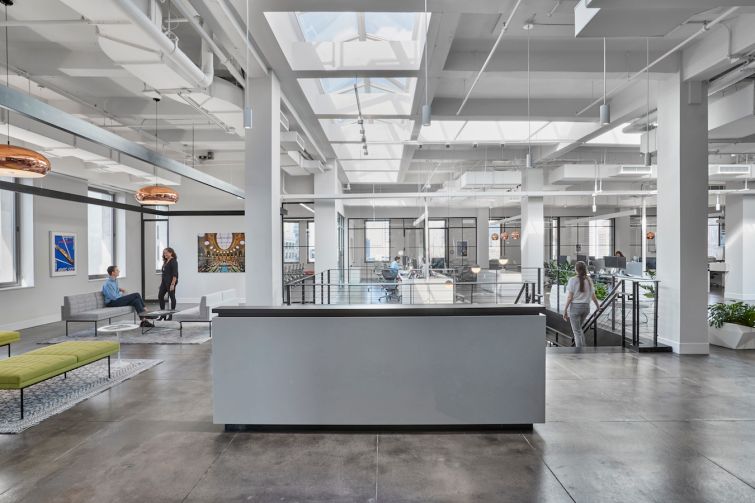 A skylight called "the spine" runs down the center of the space. Photo: MKDA 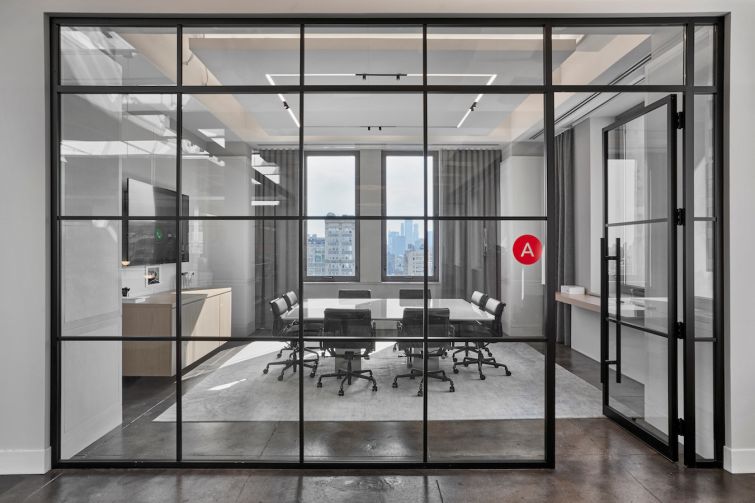 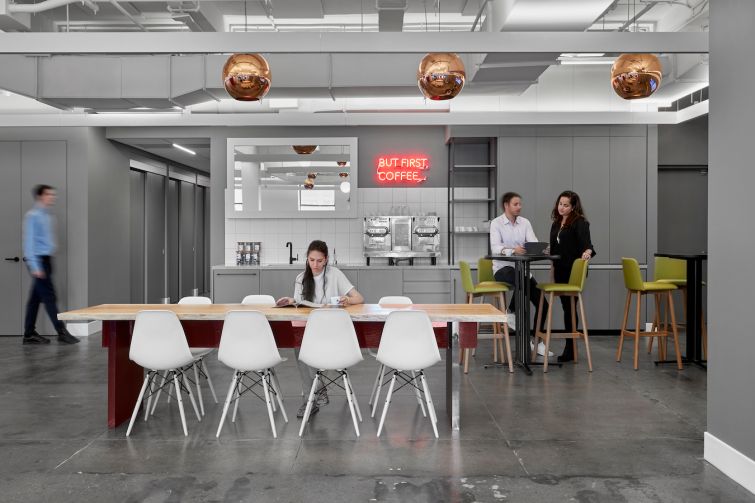 Neon signage in the café brings life to the space. Photo: MKDA 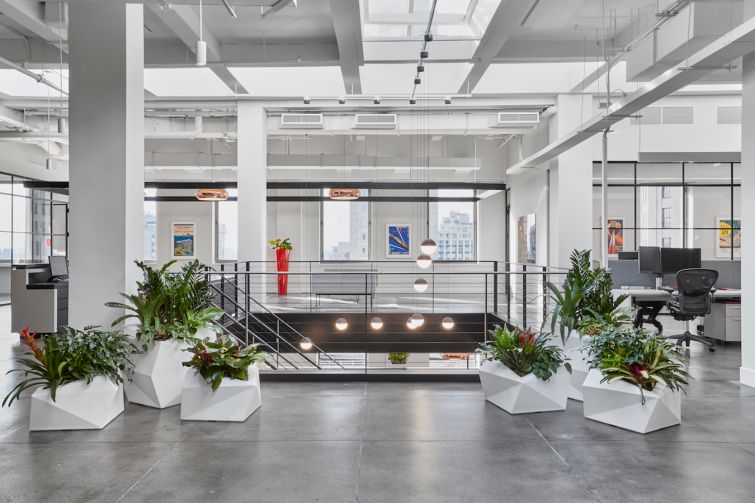 Plants with small red flowers help to add color without being over the top. Photo: MKDA
Previous Next

How does one create a sophisticated office while eschewing convention?

That was the dilemma that employees at architecture firm MKDA had when designing Winton Capital’s 35,000-square-foot duplex at the top of 315 Park Avenue South, where the 19th floor has 14-foot ceiling heights and the 20th floor comes with dizzying 19-foot ceilings.

“They made it clear they weren’t looking to be this outlandish financial company,” Wendy Nuñez-Formickella, a senior interior designer and studio director at MKDA, told Commercial Observer. “To have these beautiful open office spaces is great, but you still need to personalize it. We wanted to create this intimacy for the office, especially for guests. We didn’t want it to be cold.”

Winton Capital is a London-based investment firm (accordingly, it’s not like they needed a trendy tech firm-style), so MKDA created an elegant space using simple solid colors. The design is enhanced by a massive skylight—referred to as the spine—that runs down the center of the office and floods the space with natural light.

But to make the space feel personal and not bland, MKDA dropped in a few standout elements, such as copper globe-shaped lighting, artwork and red or white plant holders with green plants that have red flowers.

“It’s bringing color to that [space] without being over the top,” Nuñez-Formickella said.

The firm wanted its New York location to have that quintessential Big Apple office appearance with exposed beams and ceilings and polished concrete floors. MKDA further darkened the concrete floors through a steaming process. Winton Capital moved into the space last July.

The 20th floor is the main office and has a reception area, conference rooms, 50 workstations in an open plan and two private offices. The offices and other rooms have glass fronts with grid-pattern black metal frames, paying homage to gritty New York buildings.

The same blackened metal can be found on the internal staircase connecting the two floors.

And in a stark contrast from the 20th floor, the 19th floor is a social space with a café, with a vintage neon sign as a focal point, and breakout areas for meetings.

There is also a wellness room for medical uses, such as nursing. And, although Winton Capital wanted an office with minimal features, it did elect to bring in a little fun (besides the vintage neon sign)—like a tech firm would—by putting in four old arcade machines and a putting green.

“It’s not a place where people would go and play for six hours,” Nuñez-Formickella said, “but it’s a place where you can break away from your desk [for a little while].”