The Plan: Inside AlphaSights’ Linear Designed Offices in Midtown East 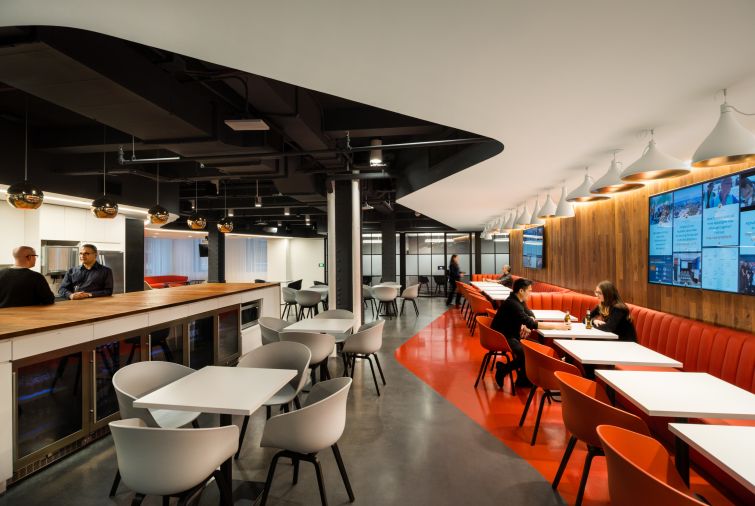 Curving lines on the ceiling and floors are created by the borders of colors. Photo: Bjorg Magnea 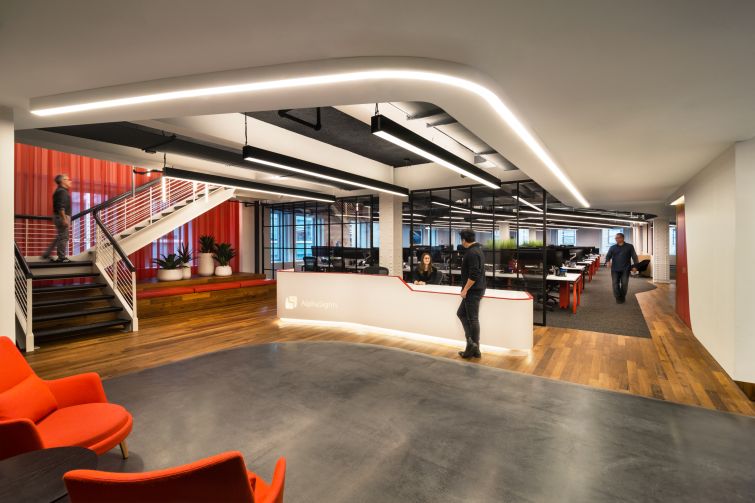 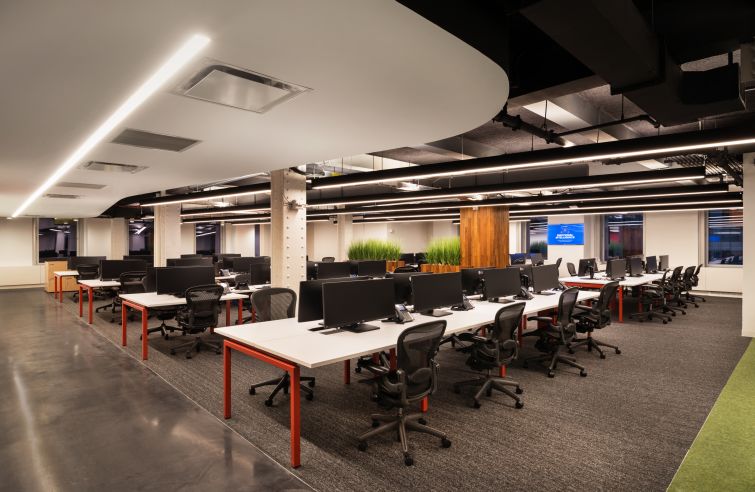 Wood columns with plantings are in the office to help bring warmth to the edgy space. Photo: Bjorg Magnea 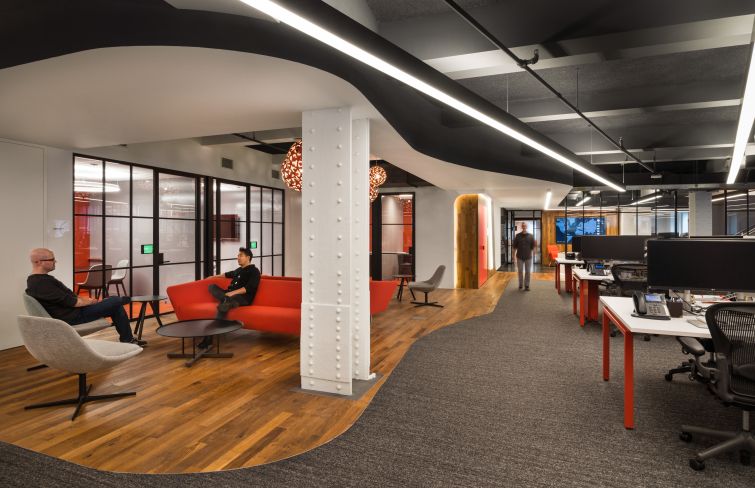 Most of the columns were stripped bare. Photo: Bjorg Magnea 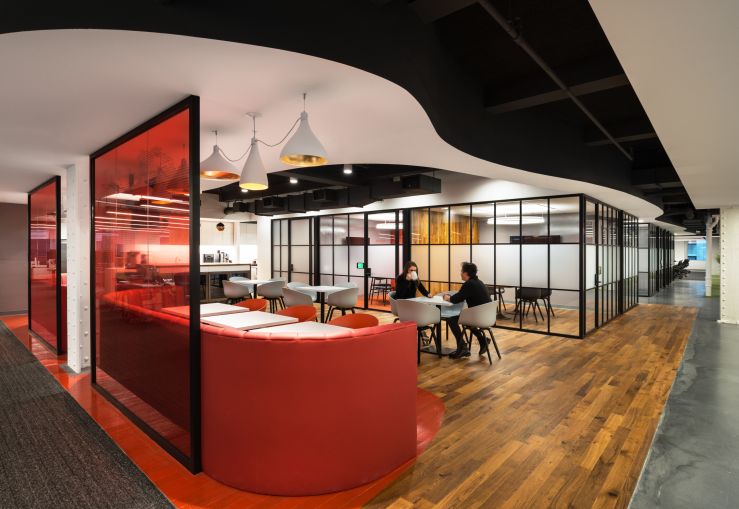 Red is AlphaSights signature color, and the only color used in the offices (save for the wood) that isn't a neutral hue such as black, white or gray. Photo: Bjorg Magnea
Previous Next

To London-based AlphaSights, which helps professionals address challenges by connecting them to industry experts around the globe, the line is an important concept.

So when it came to the design of its new offices at RFR Realty’s 350 Madison Avenue between East 44th and East 45th Streets, the architecture firm Ted Moudis Associates focused on blending lines throughout the 47,000-square-foot offices.

The architects made a series of curved lines on the ceiling by using dark and white exposed and dropped ceilings and on the floors via the contrast between wood and polished floors. The curved theme can be seen in the sleek reception desk.

“We wanted to evoke connections that were being made,” Jeff Knoll, a design director at Ted Moudis, told Commercial Observer. “We thought that that was an appropriate image. So a lot of the design has these curving, fluid lines.”

AlphaSights relocated to the new offices in August last year, expanding from 22,000 square feet at 229 West 43rd Street between Seventh and Eighth Avenues. The company has the entire 12th and 14th floors and half of the 15th floor at 350 Madison Avenue. (There is no 13th floor in the building.)

Bright red is accentuated throughout the new digs in chairs, walls and table legs because it’s AlphaSight’s branding color. The hue stands out because it is the only non-neutral color (black, white or gray) that is being used in the space, excluding the wood.

Since the U.K.-based company wanted its New York offices to feel like the Big Apple, the Ted Moudis team designed the offices to look like industrial New York properties. That’s why the ceilings are exposed and the floors are polished concrete. The conference rooms are encased in glass resembling factory windows, and the columns have been stripped.

The architecture team recognized that this industrial look tends to be a bit dark. So to warm the space up, they added a hint of nature: wood floors and walls in some areas. They even decked out some of the columns in wood and embedded planters in the columns.

There is a green wall in the café, an unenclosed area at the center of the office. It doubles as a town hall space, which can hold up to about 75 people, and has a variety of seating schemes.

“A lot of [AlphaSight’s] employees are millennials, and this is a kind of environment where they are providing a lot of amenities for the staff,” Knoll said. “There is beer, wine and snacks. The café becomes a space that is used all day long.”