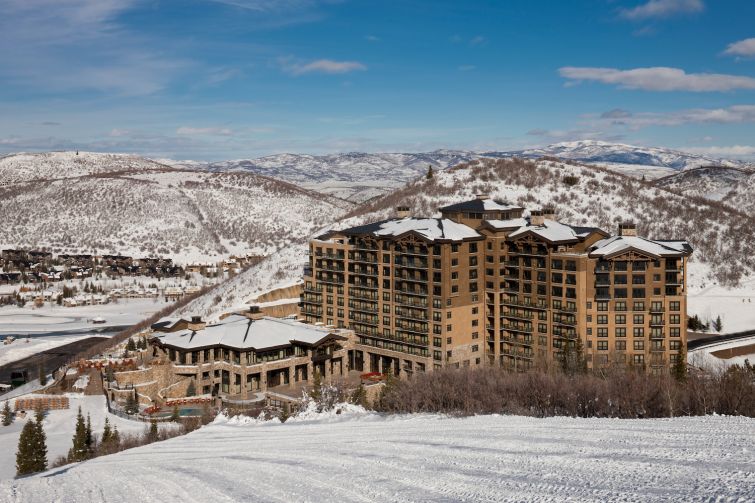 The joint venture that owns the St. Regis hotel and condominium resort in Park City, Utah has secured a $60 million set of construction and refinancing loans, according to an announcement from Sonnenblick-Eichner, which represented the ownership group.

The 10-year financing, which consists of separate loans secured by hotel revenue and condominium inventory, will serve to knock out existing debt on the property—located on the slopes of the Deer Valley ski resort—as well as to construct more condominiums and amenities at the site.

Sources with knowledge of the deal identified the lender as Guggenheim Commercial Real Estate Finance, an arm of the insurance company Guggenheim, and the ownership group as a joint venture of Falcon Investors and Deer Crest Associates. The transaction parties declined to publicly name the source of the funds, but confirmed that the loans were from a domestic life-insurance concern.

“From the borrowers’ perspective [the lender] provided a great cost of capital—lower than they would have gotten from other lenders,” said David Sonnenblick, a co-founder of Sonnenblick-Eichner. “From the life-insurance company’s perspective, they know it’s a great asset. They see what the sales have been so the company felt comfortable with the underwriting.”

The loans mark the third financing that Sonnenblick-Eichner has arranged for the ownership, after a $212.5 million construction loan and a subsequent permanent loan.

Attracting financing from Wall Street banks can be difficult for condo projects, Sonnenblick explained. Those lenders often require loans to be secured by physical assets, a requirement complicated in the condo realm by the disparate ownership of the portfolio of units.

In the absence of that added security, large banks would feel compelled to charge an interest premium, raising the cost of capital.

“They have to put in a little bit of a cushion,” Sonnenblick said.

The investment banker cited the market’s high barriers to entry as an attractive component of the resort’s creditworthiness. The hotel is one of only a handful that allow guests direct skiing access to Deer Valley, an iconic ski slope known for its genteel, thoroughly groomed trails and its prohibition on snowboarding.

Other condos at the mountain are dated, or are located on roads that are frequently closed in bad weather, Sonnenblick said.

On the other hand, some experts argue that climate change threatens to erode the ski industry’s profits—although perhaps not over this loan’s 10-year term.

Last year, a group of researchers from the Arctic and Mountain Regions Development Institute and the University of Colorado, among other institutions, used a climate model to predict that the length of the Rocky Mountains ski season could decline by more than 50 percent over the next three decades, resulting in tens of millions of fewer recreational visits to the area.

“We can’t control the climate,” Sonnenblick said, pointing out that Park City also attracts visitors for outdoor recreation over the summer, and for cultural events like the Sundance Film Festival.

Representatives from Falcon Investments, Deer Crest Associates and Guggenheim did not immediately respond to requests for comment.