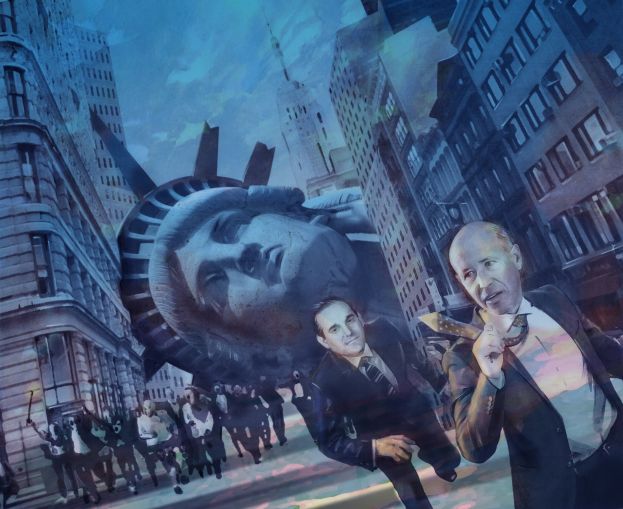 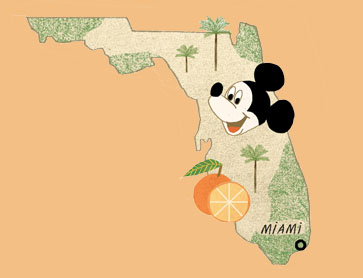 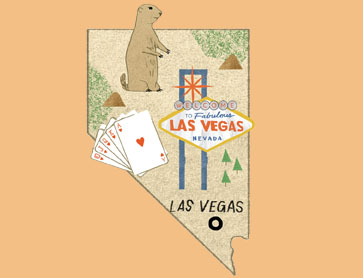 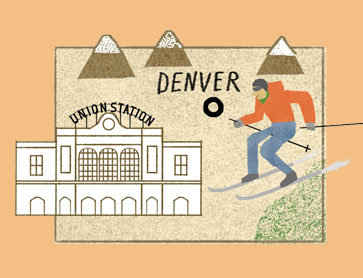 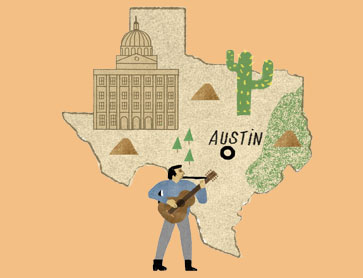 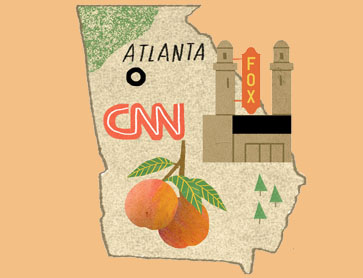 Leave it to Jonathan Kalikow, the president of Gamma Real Estate, to tell it like it is.

“In New York City, it’s ridiculously expensive,” the veteran investor said in an interview last month. Pick your poison: property values, legal expenses and most of all taxes—all can conspire to make the cost of real estate deals in the Big Apple as inflated as the price of a pack of cigarettes at a Wall Street newsstand.

Not so long ago, that tab was just the cost of doing business. But with flagging infrastructure investment dinging New York’s livability, ever-improving communications technology rendering geography less relevant and hoards of under-30s flocking to regions with more affordable housing rents, New York might want to reconsider resting on its laurels.

The squeeze tightened considerably last month when Donald Trump signed the Republican tax overhaul into law. The new code, finalized just before Christmas, caps deductions for state and local taxes at $10,000—previously, such deductions were unlimited. It’s a move that stands to hit New Yorkers and Californians especially hard—and most of all those with significant real estate holdings. Residents in the two states alone receive about a third of the deductions the Internal Revenue Service hands out for state and local taxes. In Westchester County, N.Y., more than 73 percent of residents pay more than $10,000 in property taxes—to say nothing of New York State’s top-line income tax bracket of 8.82 percent on income over $1 million.

At a time when New York’s streets and development market have never been more crowded and expensive, some savvy market players are striking out across the country in search of greener pastures—and better deals. Here are five cities that real estate pros told Commercial Observer they are eyeing.

Jeffrey DiModica never thought he’d find himself living in Miami Beach. The Starwood Property Trust president, a New England native, was firmly ensconced in New York City for much of his career. But after Starwood bought Miami-based special servicer LNR in 2013, DiModica took the plunge and moved south last year—and with Downtown Manhattan wind chills in the low teens of late, it’s hard not to envy him.

“For 20 years, I’ve come down here and stayed at hotels on the beach, [and] I wanted to be here for 48 hours at a time,” DiModica said by phone from Starwood’s Miami Beach offices. “But when you get off the beach, I found that the city has tremendous culture and a soul. I’ve never been happier to live somewhere.”

The city that the investor once thought of as digs for a nice weekend getaway has quickly become not only his adopted home but a market that occupies a growing portion of his professional attention.

Through Starwood’s real estate investment trust, “we now own over $1 billion of low-income housing properties here,” DiModica said. “We’ve believed in this state for a long time, and tax reform can only help.”

Another Florida believer is Bob Zangrillo, a former Silicon Valley venture capitalist who took early stakes in Facebook and Twitter through his firm Dragon Capital. Shifting his focus to real estate, Zangrillo has relocated from previous domiciles in Aspen, Colo., and New York City to Miami, where he’s master-planning a 15-acre urban development for entertainment and tech offices called Magic City in the heart of Miami’s low-rent Little Haiti district.

“Miami has a global population and an inflow of people from around the globe,” Zangrillo said. “I think they’re highly educated, and they’re multicultural, so they tend to understand global [commerce]. It’s much harder for companies in the Midwest to leverage their business [globally].”

Zangrillo listed climate change as a risk to the city but believes that smart developers can successfully hedge against the downside. Magic City is located 18 to 20 feet above sea level, a factor Zangrillo believes will inoculate the neighborhood against increased flooding.

Sojourns to Las Vegas are not typically associated with prudent financial choices, but Shlomi Ronen, the founder of Los Angeles-based Dekel Capital, has been paying the desert city monthly visits of late.

“Not having a state corporate tax [in Nevada] has been very beneficial in attracting companies that need grey-collar workers,” the private-equity investor said—“grey-collar workers” meaning those who fall outside the white- or blue-collar classification. “We’ve seen companies ranging from medical billing to gaming, as well as call-center tenants” seeking out a home in the gambling mecca.

Much of the city’s attraction is enabled by connective technology that allows companies anywhere to farm out secondary functions to low-cost labor markets, Ronen said. Bank of Internet, a San Diego consumer institution that manages $8.5 billion, recently shifted its back-office operations to Las Vegas, Ronen said, in an effort to cut down operating costs.

“Wells Fargo has a large presence in Las Vegas,” Ronen added. “They can have a person in a branch somewhere that does the face-to-face interaction, but all the paperwork and servicing that client needed would be handled out of Vegas. Before, that [back-office employee] probably sat in the branch alongside the salesperson.”

Even so, the Dekel founder cautioned that Sin City is not about to eclipse California’s dynamism anytime soon.
“California still has a knowledge advantage,” Ronen said of the state’s workforce, with its “very powerful university system that keeps cranking out elite students in all fields. The creative class is still based in California, and I don’t know that that changes.”

Representatives from Wells Fargo and Bank of Internet did not respond to requests for comment.

“There’s an amazing sense of hospitality in Denver. The people are so nice, and they’re intelligent. That fits my bill.”

So said Michael Ursini, the New York City-based founder and managing director of Greenwich Realty Capital, whose 90-story mixed-use tower is set to begin construction in Denver at 650 17th Street. Planned for around 1,000 feet, it threatens to become one of the 20 tallest buildings in America and by the far the tallest in the Great Plains and Rocky Mountain regions.

It’s not just friendly locals fueling development in the city, according to Ursini. As well-educated young people from the coasts flock to the state for its natural beauty and taut labor market—the unemployment rate dipped below 3 percent last year—a shortage of high-end residences had the developer smelling opportunity.

“There might be over 100 units that cost more than $40 million [in Manhattan],” Ursini said. “There’s not one in all of Colorado.” (A 2017 Curbed survey put the city’s most expensive residential listing at a mere $10 million.)

Brian Watson, the chairman of Denver-based Northstar Commercial Partners and a 35-year Colorado resident, said he sees good reason to believe demand will only grow.
“Colorado is still a single-digit income tax state,” Watson said. “It’s very desirable and very business friendly.” Watson cited tax considerations among the reasons that Partners Group, an international private equity firm, opted to close down its San Francisco offices last year in favor of a Denver location that opened in 2016.

A representative from Partners Group confirmed the move but did not elaborate on its reasons.

If international finance continues to shift to the Colorado capital city, it won’t hurt Ursini’s case.

“Unlike our home market in New York City, we feel the Denver market is calling for inventory at the luxury level,” Ursini said.

In the meantime, Watson can see the city growing before his eyes.

“I’m looking out of my office window right now,” he said, “and I see seven cranes.”

Much like Denver, Austin, Texas, is seeing growth fueled by an influx of young people. By some estimates, almost 100 new residents arrive in the city and its surrounding areas every day—and they bring their credentials with them.

“Austin has had exceptional population growth over the last decade, largely made up of highly educated millennials,” said Boyd Fellows, a managing partner at ACORE, whose latest play in the Texas capital was a $106 million construction loan on a 34-story condominium project. “Over 40 percent of people in Austin 25 or older have at least a bachelor’s degree.”

That blend of youth and smarts in the workforce has drawn top digital tenants to the city, threatening to amass a concentration of tech businesses to rival Silicon Valley.

Facebook expanded its footprint in the city to 120,000 square feet this summer—its only sales and online operations office outside of California.

Meanwhile, construction proceeds apace on a new corporate campus for Oracle, set to house 3,000 employees when it opens in the coming years. (The company has not specified a date.)

Lance Wright, an ACORE managing director who heads Texas originations from the firm’s office in Dallas, said filling those jobs will be no problem thanks to the state’s earner-friendly tax code.

“No state income tax is a huge draw here,” Wright said. “The cost of living is very attractive relative to other places that millennials pursuing tech careers [might go].

It’s a very cost-effective place for these young people.”

Kalikow, a New York-based investor and developer, has long luxuriated in the business-friendly climes south of the Mason-Dixon line.

“The states we like have a few distinguishing characteristics,” Kalikow said. “They have tax regimes that are not nearly the onerous type in the northern states. And for lack of a better phrase, [Southern] politicians get it. They try to make their communities business-friendly.”

Most recently, that line of thinking has drawn Kalikow’s sharpest focus to the Peach State. Capital investment at Savannah’s thriving port and at Hartsfield-Jackson Atlanta International Airport—one of the world’s busiest—has made the state one of America’s best-equipped for international commerce, he said.

In the 1990s, “the downtown and midtown areas of Atlanta were as bad for inner-city safety as you’d find anywhere in America,” Kalikow said. “In the last 10 years, you’ve had such a renaissance that has been driven by increases in new building, tech-focused startups and college expansion.”

Along with a helpful glut of top-notch graduates from regional institutions like Atlanta’s Emory University and Duke University in North Carolina, the Gamma Real Estate president said that smart local policymakers have been central to the city’s turnaround: Even progressive politicians from urban areas speak developers’ language.

“We understand that they might have a left-leaning agenda on affordable housing and gentrification, but these same guys are absolutely aware that if were able to build state-of-the-art facilities and buildings, it’s going to trickle down and help out the lower end of the community,” Kalikow said. “In New York, the thought is, ‘Let’s punish people at the top.’ ”
ACORE Captial, Dekel Capital, Gamma Real Estate, Greenwich Realty Capital, Internal Revenue Service, Jeffrey DiModica, Jonathan Kalikow, Lance Wright, Michael Ursini, Shlomi Ronen, slideshow, Starwood Capital
Finance  ·  Acquisition
New York City