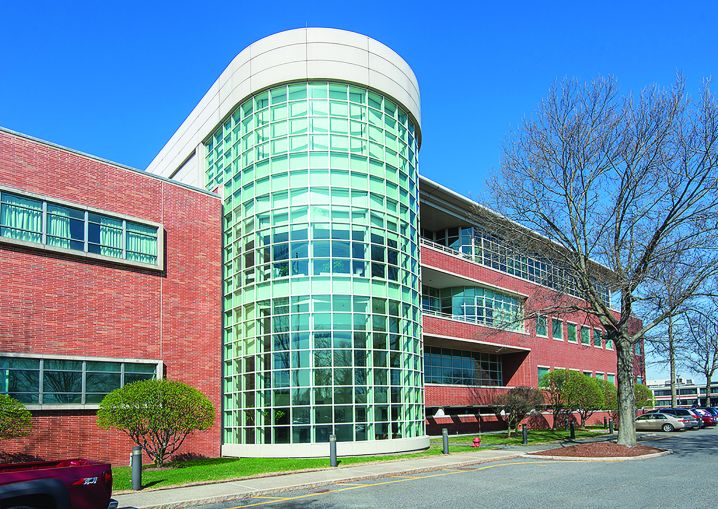 The former headquarters of the Boston Globe. Photo: ACORE

A partnership of Nordblom Development and Alcion Ventures has reeled in a $75 million first mortgage from ACORE to acquire and renovate the former headquarters of The Boston Globe, Commercial Observer can exclusively report.

The pair of Massachusetts-based developers aims to use the proceeds of the 36-month all-in financing to begin the process of converting the formerly single-tenant media campus into office space attractive to a variety of creative tenants, according to ACORE executives. The site sold for a total of $81 million last month, The Boston Globe reported.

That project will require significant additional financing in the future, and ACORE expects the development pair to return for a second round of debt once the renovation plans win complete government approval.

The bespoke 700,000-square-foot complex, at 135 Morrissey Boulevard in the Dorchester section of Boston, presents a unique redevelopment challenge for Nordblom, the property-management half of the ownership duo. The site, specially built for Boston’s leading newspaper in 1956, was designed around the peculiar needs of a daily print publication: about half the building, more than 300,000 square feet, is devoted to traditional office space, but the balance contains supply areas, distribution space and the vast warehouse rooms that housed the paper’s printing presses.

The building’s northeast corner even has a cut-out for a defunct railroad spur that used to facilitate freight deliveries.

But when the newspaper moved in 2017, splitting its space between an editorial office in downtown Boston and a printing facility in Taunton, Mass., about 30 miles south, the site became an attractive project for refurbishment by ambitious developers, an ACORE executive said.

The building “is pretty convoluted,” said Stuart Silberberg, a managing director at ACORE. “It’s got great nooks and crannies. But you’ve got to realize that this is still a downtown Boston asset.”

The area’s fundamental bona fides outweigh the uncertainty of development within the structure’s unusual layout, the lender said.

“You’ve got really well located but underutilized real estate,” Silberberg said. “You’ve got solid borrowers who are going into a funky asset, but with a solid basis and a solid business plan. it becomes a transformational-type asset.”

But Silberberg also emphasized that the building’s particularity could play as a strength. As a well-known landmark with more than a thousand feet of frontage along a major thoroughfare, the old Globe headquarters has a firm place in the city’s consciousness. The 2015 film Spotlight, about the newspaper’s coverage of the Catholic Church’s sex abuse scandal, is largely set in and around the building, and the complex is featured in a handful of exterior shots, although the scenes set inside the paper’s newsroom were filmed on a set in Toronto.

The site, about three miles south of the Massachusetts State Capitol in the city’s center, is sandwiched between Interstate 93 and a peninsula that juts into Boston Harbor. The area is home to the waterfront campus of the John F. Kennedy Presidential Library, as well as the University of Massachusetts Boston. The Massachusetts Bay Transportation Authority’s Red Line carries riders to and from downtown.

John Henry, who bought the newspaper from The New York Times in 2013, purchased its headquarters that same year for $70 million.

Alcion Ventures and Nordblom Development did not immediately respond to requests for comment.