What Issues Should REBNY Be Fighting For? 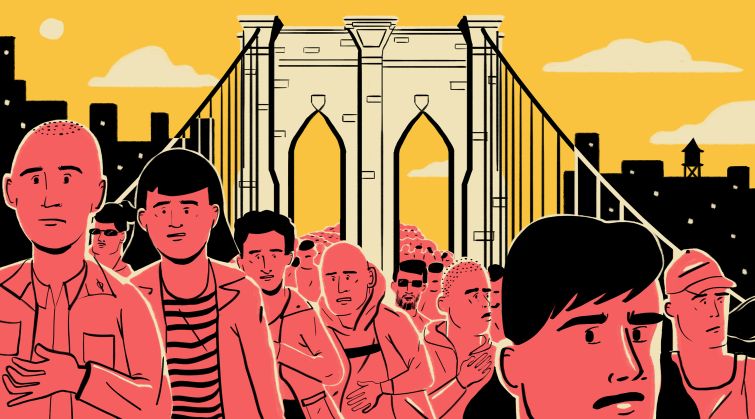 For decades, the Real Estate Board of New York has represented the old guard of New York City: the most powerful developers, landlords, brokerages, construction companies and the folks they do business with, from financial institutions to architecture firms. And they’ve had great success at it.

But, for better or worse, the new guard—and its concerns—is going to require the organization’s attention.

Despite its financial and political clout, REBNY’s critics have charged that the trade organization has advocated planning and development policies that favor Manhattan and the short-term interests of its members, rather than pro-growth initiatives that would benefit the entire city in the long term. With a population that’s growing and a shockingly low residential vacancy rate of 1.9 percent in Manhattan, as per Douglas Elliman’s December 2017 market report, housing will have to be on REBNY’s mind, and it will have to be outside of Manhattan.

Mitchell Moss, an urban planning professor at New York University and the director of NYU’s Rudin Center for Transportation, said that the real estate board could play a valuable role in shaping development in areas where the city needs it most.

“We’ve been very fortunate that the Bloomberg administration was able to rezone so much of the city, but we have to be able to find ways to encourage more development on the waterfront in Staten Island and on the waterfront in the South Bronx, in Red Hook [Brooklyn] and along the East River waterfront,” Moss explained. “We can’t allow communities to simply reject new development because they don’t like it.”

The real estate lobby scored a significant victory last August with the passing of the Midtown East rezoning, which was first proposed, unsuccessfully, by the Bloomberg administration in 2012. Activists and urban planners often wonder what the organization could accomplish if it lobbied for denser residential zoning in Brooklyn, Queens and the Bronx, particularly in neighborhoods that are well served by the subway but populated mostly by one- and two-family homes.

“There are a lot of neighborhoods throughout the boroughs that have transit—subway or LIRR or Staten Island Railroad—and they’re zoned like they’re in northern Connecticut as opposed to New York City,” said Moses Gates, the director of community planning at the Regional Plan Association. “Looking at those neighborhoods as a whole, ones that are very low density in character, wealthier than average and yet have transit opportunities and job opportunities and infrastructure that you don’t find in the suburbs, that’s where I think we should be looking at ‘How do we add housing and affordable housing?’ That’s what REBNY should be thinking about also.”

Although the trade organization has created committees focusing on Brooklyn, Queens and Upper Manhattan in the past few years, it hasn’t yet made it to the Bronx, where a wave of development is beginning to reshape the borough’s southern waterfront. REBNY has made inroads with residential brokers in the outer boroughs, as Commercial Observer reported last year, but its track record of attracting and representing outer-borough developers and landlords, particularly smaller firms, has been mixed. The number of outer-borough members wasn’t available by press time.

One incremental reform that REBNY could also help push that would add tremendously to housing would be the legalization of basement apartments in one- and two-family homes. With the help of zoning and building code changes, the city could legalize as many as 100,000 illegal apartments, largely in immigrant-heavy swaths of Queens and the Bronx, according to a 2011 report from neighborhood group Chhaya Community Development Corporation and the Citizens Housing and Planning Council.

Landlords can rack up tens of thousands of dollars in fines if building inspectors catch them illegally renting out a basement or cellar. But the extra income earned from renting them out can help keep a homeowner from sliding into foreclosure. And many of the neighborhoods that saw the highest foreclosure rates last year, like Jamaica, Queens and the Brooklyn neighborhoods of East New York and Canarsie, attract much higher numbers of illegal conversion complaints than the rest of the city, according to city data and a recently released PropertyShark foreclosure report.

Under city rules, basements can be rented in single-family family homes as long as the owners take specific (and sometimes expensive) steps to bring the spaces up to code. Two-family homeowners, on the other hand, aren’t allowed to rent out their basements. Tenants are also prohibited from renting in cellars. (Basements are “at least a story below curb level but have at least half their height above curb-level,” according to a brochure from the city’s Department of Housing Preservation & Development. Meanwhile, a cellar is an enclosed space that has at least half its height below curb level.)

But why would REBNY push for a policy that affects small homeowners rather than big landlords? Gates argued that an accessory dwelling unit, or ADU, program would bring in more business for small contractors and construction firms.

“If you have an ADU law and you’re doing ADU conversions, I think it’s a way of maintaining the [construction] industry through those downtimes,” the planner explained. “And I think it’s in the best interests of the industry to keep a trained workforce that knows how to do this throughout the boom and bust real estate cycle.”

Gates and other housing advocates have urged the real estate board to do more outreach with small, neighborhood developers and contractors, particularly minority- and women-owned businesses, as well as nonprofit developers—a point that REBNY’s new chairman, Bill Rudin, has said he plans to focus on. It’s “about creating opportunities and awareness, training programs and mentoring programs. It’s a responsibility of our members to be proactive in promoting those things.” (See interview on page 42.)

A REBNY spokesman also pointed out that the organization partnered with small and minority-owned contractors to pressure the City Council into rewriting a proposed construction safety bill last year. The original version of the bill, Intro. 1447, favored construction unions by requiring apprenticeship programs for all workers on buildings of 10 stories or more. Then the Real Estate Board banded together with open-shop groups to argue that small, minority-owned contractors and their workers would be hardest hit by the new rules, because small firms wouldn’t be able to afford to build new training programs. The open-shop coalition won part of the battle by getting the apprenticeship language eliminated from the bill. But the final version of the proposal, passed in September, will require at least 40 hours of training for workers on building sites that are four stories or taller by September 2020.

Over the past couple years, REBNY has become more vocal about sustainable development while remaining wary of some of the city’s policies. Last year, the group encouraged its building owner members to save energy and reduce their carbon footprints by up to 30 percent with the NYC Carbon Challenge for Commercial Owners and Tenants. At the same time, it has expressed concern that the city’s plan to limit fossil fuel usage—set to go into effect by 2035—by fining landlords will unnecessarily punish the owners of older residential properties, which rely on natural gas or heating oil.

Architects, meanwhile, argue that the trade group could be doing more for green building. Rick Cook, an architect and partner at COOKFOX, said that he wanted the city to offer zoning bonuses as an incentive to include more green space in buildings, either in the form of planted terraces or green roofs.

“Under the concept of biophilic design, people do better if they’re connected to nature,” he explained. “We could incentivize people planting [in] more of the buildings. It would also do some stormwater absorption.”

But it’s not just about development. Transit advocacy is also at the top of many wish lists when it comes to REBNY’s citywide work. That includes expanding subways and buses in the outer boroughs, finding ways to raise money for subway maintenance, and pushing for a new Port Authority Bus Terminal and the Gateway Tunnel project, among other issues.

“Certainly the crisis with our transportation infrastructure is something that is critical to the health of the real estate industry,” said Seth Pinsky, an executive vice president at RXR Realty and the former director of Mayor Michael Bloomberg’s Special Initiative for Rebuilding and Resiliency. “Nobody’s office or apartment building is going to be worth as much if our transportation network continues to deteriorate at the rate it’s deteriorating at. Supporting efforts to better fund our network is something REBNY should be advocating for.”

In fairness, the group has voiced public support for a congestion pricing plan, which would help collect taxes from drivers in New York City to fund the Metropolitan Transportation Authority. It pushed back against a recent proposal for a “transit-maintenance” district that would increase commercial rent by $1.50 a square foot below 60th Street in order to generate cash for the subways. REBNY President John Banks penned  a Real Estate Weekly column arguing that the plan would increase the already-heavy tax burden for commercial businesses while doing nothing to encourage more public transportation use. “This proposal does nothing to discourage driving,” Banks wrote in the November 2017 column. “Simply imposing a fee will do nothing to relieve congestion, and worse, it will do nothing to reduce the harmful impact of greenhouse gas emissions.”

In recent years, REBNY has also advocated for extending the 7 line to Secaucus, N.J., and supported calls for the Gateway rail tunnel between New York and New Jersey.

Moss argued that the board could play a more aggressive role in advocating for federal and state cash for infrastructure and transportation.

“I think this is a very important moment for REBNY because the city has to mobilize to get support in Albany and Washington,” he explained. “They have a very important role to play because we need funding for the mass transit system. We need to recognize the importance of getting the Port Authority bus terminal rebuilt and getting a new train tunnel across the Hudson [River]. There are some really big high-profile projects that are going to be really important for the vitality of the city, to the Manhattan office market, and for anyone who comes through the city on mass transit and commuter rail.”

Ultimately, Pinsky noted, it would benefit the organization to focus on quality-of-life issues, subway construction costs and broader transit problems.

“REBNY is the sort of organization that has to play the short game and the long game,” he said. “The short game is often defensive and involves the ways in which regulation and laws tax the industry on a very granular level…REBNY should be seen advocating for things that aren’t directly beneficial to their members. Showing that kind of civic spirit conveys a kind of goodwill that makes the short game that much easier to play.”