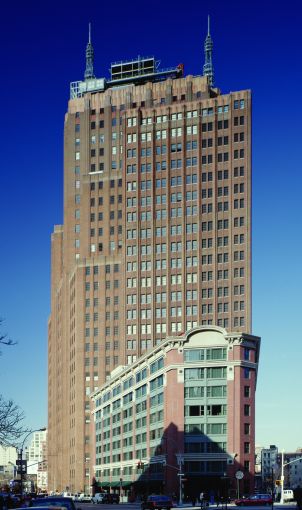 Industrial Color Brands, a company that provides a variety of production services, has signed an early renewal of its 38,000-square-foot offices at the Rudin family’s 32 Avenue of the Americas and will add an additional 18,000 square feet, Commercial Observer has learned.

The company has been in the 27-story building since 2005 and renewed its existing lease for the entire 38,000-square-foot 22nd floor for another 10 years, bringing its expiration date to 2032, according to information the landlord provided to CO.

The length of the expansion was 14 years to match with the expiration of the existing office. And the asking rent was $79 per square foot. Industrial Color hopes to occupy the new space in the third quarter of the year.

Robert Steinman of Rudin Management, represented the landlord in the transaction, while Paul Ippolito of Newmark Knight Frank handled the deal for the tenant. Ippolito did not return a request for comment via a spokesman.