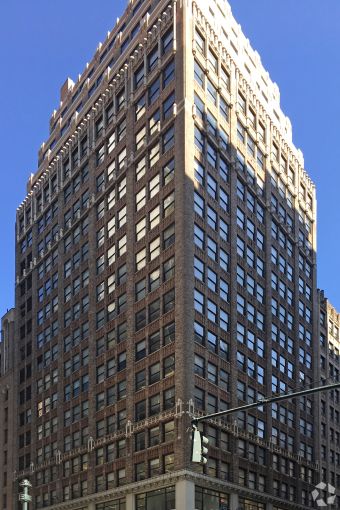 Cubic Transportation Systems, the company that designed the Metropolitan Transportation Authority’s MetroCard more than a quarter-century ago, has signed a 10,000-square-foot deal to double its offices at Kaufman Organization’s 462 Seventh Avenue, Commercial Observer has learned.

The San Diego-based company, a division of the publicly listed Cubic Corporation, will take the entire 15th floor of the 23-story building between West 35th and West 36th Streets for 10 years, according to information provided by the landlord.

In addition to the new space, the company has renewed its lease for the entire 10,000-square-foot 14th floor of the 185,000-square-foot property, bringing its total footprint to 20,000 square feet. The asking rent for the new space was in the low-$50s per square foot and the tenant is expected to move into the 15th floor by the end of the month.

Cubic introduced the MetroCard in 1992. Last October, the company won the contract from the MTA to overhaul the city’s fare payment systems and replace the MetroCard. It is currently working on a system modeled after London’s transit system that will allow riders to pay by waving certain types of credit and debit cards and mobile devices in buses or turnstiles.

New electronic readers for the new payment system will commence installation in subway turnstiles and buses at the end of the year, with the first 500 subway turnstiles and 600 buses equipped with the technology by 2019. The new readers will be installed throughout the rest of the city’s transit system by late 2020. (The MetroCard will be usable until 2023.)

In order to meet the demand for that project, Cubic had to expand its operations, according to Sam Stein, a vice president at Kaufman.

“462 Seventh Avenue offers [Cubic] a prime location along with top-of-the-line technology infrastructure that will allow the firm to seamlessly and effectively undertake a major technology project in one of the largest cities in the world,” Stein, who handled the deal for the landlord with colleague Yvonne Chang in-house, said in a prepared statement.

Cubic has offices around the country and globe, including in Canada, India, Germany, Sweden, Australia and the United Kingdom.

CBRE’s Jared Freede and Jeffrey Kilimnick, who represented Cubic in the lease transaction, declined to comment via a spokeswoman.