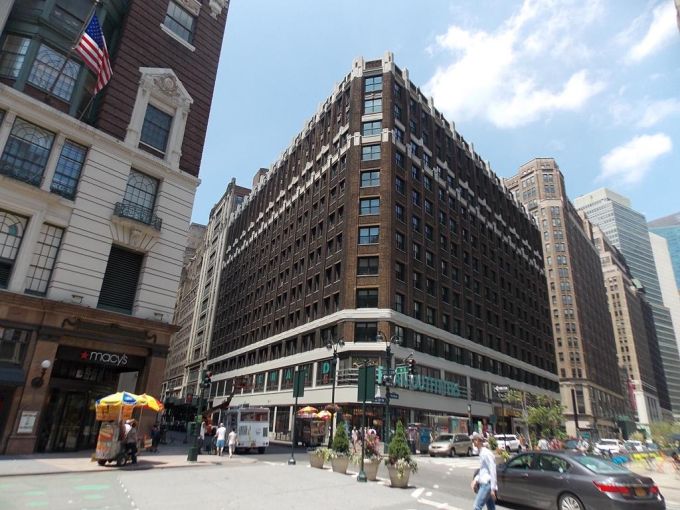 Representatives of Empire State Realty Trust (ESRT) did not immediately return a request for comment on the financing.

ESRT acquired its leasehold at 1400 Broadway for $310 million, or approximately $346 per square foot, in July 2014, according to a report from Business Wire. The acquisition consisted of the assumption of $80 million in existing debt, $79.7 million in cash and just over $150 million in shares of common stock and Series PR operating partnership units—or a series of nonvoting securities.

Built in 1915, the 12-story, mixed-use office building at 1333 Broadway—also called the Johnson Building—consists of 359,630 square feet of rentable space, according to information from ESRT’s website, and it currently houses Global Brands Group and New York Outdoor as office tenants as well as Urban Outfitters, Rituals, Dr. Martens and Shake Shack in its retail space.

The 37-story office tower at 1400 Broadway was built in 1930 and has 927,683 square feet of rentable space, according to ESRT’s website. The building currently hosts the executive offices of both Burlington Coat Factory and Kohl’s and houses the Interpublic Group of Companies, OnDeck Capital, Mott MacDonald and law firm Fragomen. The firm’s retail tenants at the property include Maison Kayser, Chipotle and Subway.

PGIM Real Estate Finance declined to comment on the transaction.