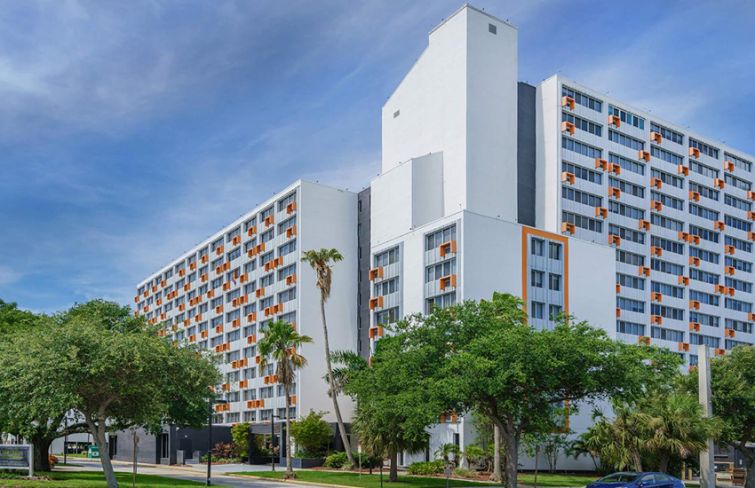 The six-year financing package, which closed on Dec. 20, 2017, includes a first mortgage and mezzanine piece.

“St. Petersburg historically has consisted of an older population,” ACORE Managing Director Kyle Jeffers told CO. “From 1970 to 1990, the average age dropped from just over 50 years old to just over 40 years old, and today, the average age is 39. It fits the mold of the live, work and play area that’s in higher demand today among the younger generations, which generally results in higher rents.”

The complex, called Urban Style Flats, consists of three towers comprised of 481 rental units and 227,240 square feet of rentable space, according to Jeffers. The three towers are of different sizes—15, 11 and 10 stories—and were constructed separately in the 1970s.

“Generally, we like the Florida markets,” Jeffers said. “We just look for good risk adjusted returns, good sponsors and good real estate with good returns for investors. We hadn’t done anything in St. Petersburg, but from a debt perspective it became an attractive investment.”

Jeffers added: “The play here is that it’s an older building, but there’s a significant value-add opportunity. The sponsor can easily improve the amenity base.”

The property was last renovated in 2011 and also includes 10,000 square feet of commercial space and 483 parking spaces within a parking garage adjacent to the complex. The renovation will upgrade and modernize the bathrooms and kitchens in every rental unit, and the pool, lobby, flooring, windows and landscaping will also be redesigned and upgraded.

Current monthly rents at the complex run from $770 for studios to $1,140 for two-bedroom, two-bathroom units.

This marks the third deal ACORE has closed with Novel in the last 12 months, and it’s the first the firm has worked with Atlas. The largest of the the three deals was in January 2017 when ACORE originated a $112 million financing package for Novel on the purchase of Nob Hill, a 360-unit multifamily property in Roseland, N.J., as CO previously reported.

At the time, Jeffers told CO that ACORE was comfortable lending on Nob Hill because of its location “in a high barrier to entry market with an experienced local operator.”

Officials from both Novel Property Ventures and from Atlas Real Estate Partners did not immediately return requests for comment on the deal.