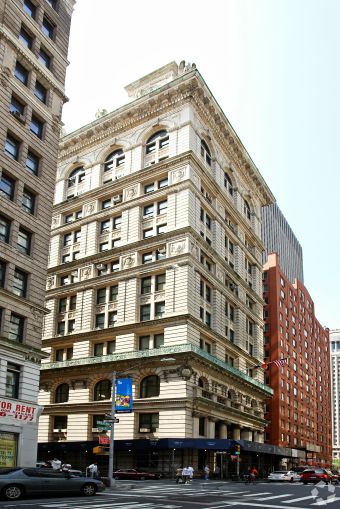 A state appellate court decision issued this week involving the historic Clock Tower Building at 346 Broadway in Tribeca will make it easier for the city to landmark the interiors of buildings and reinforce the requirement that interior landmarks must be open to the public.

Yesterday, a five-judge panel upheld a March 2016 decision that prevented developers Peebles Corporation and Elad Group from converting the unique clock tower at 346 Broadway into a residential condominium, as part of a larger plan to renovate the former office building into 151 luxury condos. The giant mechanical clock is the largest of its kind in New York City and sits atop a late 19th-century, 13-story office building designed by McKim, Mead and White between Leonard Street and Catherine Lane.

A group of local historic preservation organizations—including Tribeca Trust, Save America’s Clocks and the Historic Districts Council—sued Peebles and the city in June 2015 in Manhattan Supreme Court in an effort to block the conversion of the clock tower suite. The city’s Landmarks Preservation Commission issued a certificate of appropriateness in May 2015 that allowed the developers to renovate the clock tower, electrify its mechanism and turn it into a condo, which wouldn’t be accessible to the public. The local activist groups filed suit a couple months later and ultimately scored a victory in Manhattan state supreme court.

“This important, well-crafted decision will help protect landmark properties from private residential development for decades to come, and serves as a reminder that the NYC Landmarks Law is designed to preserve historic properties for the general public, not merely the ultra wealthy,” said Michael Hiller, the preservation groups’ attorney, in a statement.

Lynn Ellsworth, chairwoman of the Tribeca Trust, proclaimed, “The victory is ours and it is sweet.”

“What’s really exciting to me is that the public will still have access to the clock tower,” she said. “There’s all kinds of easy ways for the developer and owner to do that, and they should have done it from the beginning.”

When contacted for comment, the city Law Department responded, “The court was divided in its ruling, 3-2. We are evaluating next steps.”

Although the clock tower had been open to the public since 1918, the Peebles Corporation sought to convert it into a triplex penthouse. The move would be a clear violation of city rules surrounding interior landmarks, which require that such spaces must be open to the public regularly. The owners of the landmarked Four Seasons Hotel sued the city over the public access issue in an unrelated case in 1993, and the courts decided that a landmark interior must be open to everyone on a “ordinary or habitual” basis.

However, the decision doesn’t spell out how often a historically protected space must open to the public. It could open once a month, once a year or once every couple years. The ambiguity means that an exact time frame for public access will probably be fought out in court at a later date, Chaney explained.

Conversely, the decision also opens up the possibilities for what kinds of spaces can be landmarked. Historic places that are only occasionally open to the public for events and tours—like the Yale Club and the Masonic Hall—could now qualify for landmark designation. The previous rules mandated that an interior landmark be open to the public on a regular basis, and any owner that wasn’t willing to do that could not have their property considered for landmark protection.

Chaney also wondered whether owners that open up their historic buildings every once in a while will start shutting out the public, because they’re afraid their buildings could be landmarked.

“If this decision results in them being concerned that ‘If i keep doing this am I going to get landmarked? [Then] maybe I better not let people come up here anymore; maybe I better close this to the public,’ ” he said.

Peebles and Elad did not immediately return requests for comment. The two developers purchased the Neo-Italian Renaissance property from the Bloomberg administration for $160 million in 2013. They filed plans with the state to renovate the building into 151 condos, 35 of which have to be sold by August 2018 or the city can take back the property, The Real Deal reported earlier this year. The firms sued each other last year, each alleging that the other had attempted to sabotage the project. Those lawsuits were recently settled, and the owners began marketing the condo project under the name 108 Leonard earlier this month.