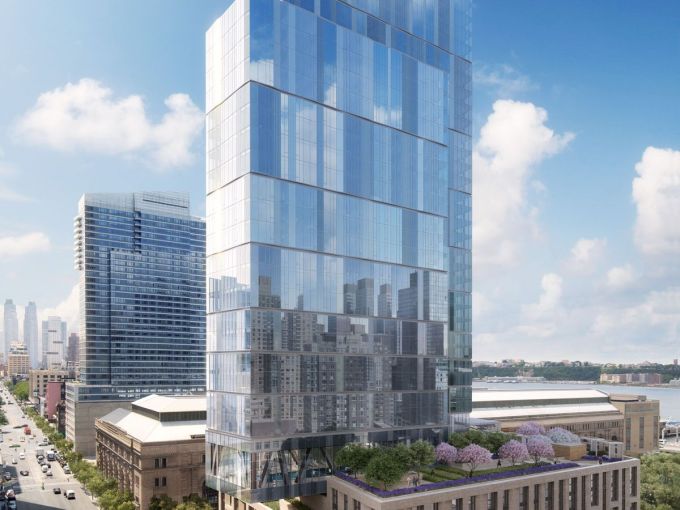 Morton Williams is opening another store on the Upper West Side.

The 63-year-old grocery chain has leased 29,400 square feet on the ground floor and lower level of One West End Avenue, the first building in the five-tower Riverside Center development, The New York Post reported. Asking rent in the 25-year deal was $85 per square foot.

The store, set to open in 2018, will offer patio seating for shoppers, kosher merchandise and plenty of grab-and-go options, according to the Post.

The grocer will anchor a 43-story, 365-unit highrise between West 59th and West 60th Streets designed by Pelli Clarke Pelli. Thanks to the 421a tax exemption program, the project has 249 residential condominiums and 116 affordable rentals, with the rental and condo portions served by separate entrances. Available condo units in the building are priced from $1.5 million for a one-bedroom to $21 million for a four-bedroom, five-bath penthouse, according to StreetEasy.

Lee & Associates’ Brad Schwarz represented Morton Williams in the transaction, and Gary Alterman, Richard Gelber and Scott Zinovoy of RKF handled the deal on behalf of the landlords, Elad Group and Silverstein Properties.

“I think it would be a great amenity to the neighborhood, which I think is underserved for a high-level product like Morton Williams,” Schwarz told Commercial Observer. “I live in the area, and it’s a rapidly evolving area. With an additional 5,000 residential units coming online, I think this will be coming at the right time.”

Schwarz added that over the past year he’s worked on deals to bring Landmark Theatres and Greek restaurant Ousia to Durst Organization’s Via 57 West, which is two blocks from One West End. And across the street at 21 West End Avenue, he helped sign a recently-opened Soul Cycle.