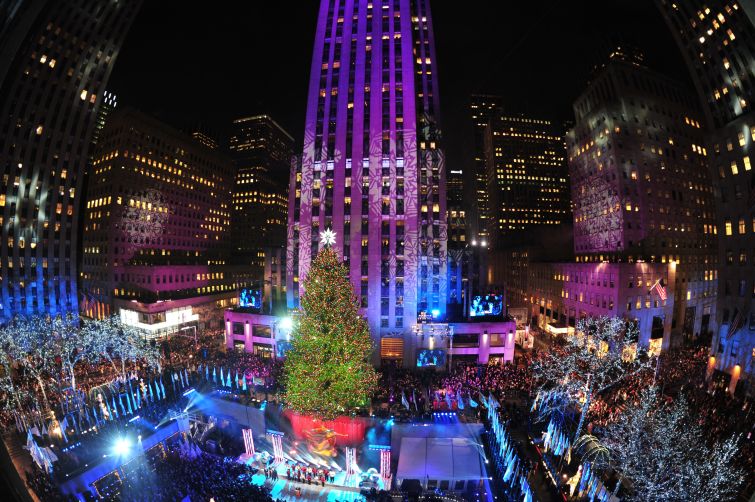 People have plenty of traditions when it comes to the holidays. Some of the most popular practices involve specific meals, gathering families together and watching holiday movies. It’s safe to say most people watch holiday movies for the lesson imparted at the film’s end. Here at Trepp, we like to keep an eye on the scenery, mainly notable commercial buildings. We’d like to shout out a few prominent pieces of commercial real estate that serve as the backdrop for some of cinema’s most famous holiday movies.

In Home Alone, every parent’s worst fear is realized when the McAllisters forget their son Kevin (McCauley Culkin) at home while getting ready for their annual Christmas excursion. The film’s sequel, Home Alone 2, featured Kevin getting on a flight to New York while his family is en route to Miami. As soon as Kevin arrives in New York City, he books a room at the Plaza Hotel—which does not currently back a CMBS loan. Kevin goes to see the sights like most tourists, and ends up at Rockefeller Center. Rockefeller Center backs one of the biggest loans in CMBS, a $1.685 billion note that serves as the sole collateral for the single-asset GSMS 2005-ROCK deal. One of the most recognizable landmarks during the holiday season, Rockefeller Center sprawls over 6.7 million square feet. The tourist hub has made countless appearances in television and movies, including fellow holiday movie Elf.

If you flip to TBS at any point on Christmas Day, you’ll catch their marathon of A Christmas Story that they air all day long on December 25th. Though based in a fictional Midwest town, the film had a number of scenes shot in Cleveland, Ohio. The Cleveland Public Square is featured multiple times, as Ralphie (Peter Billingsley) and his family attend a parade there and also do some Christmas window shopping. One of the most popular scenes in this movie (and all of cinema) features Ralphie urging his parents to take him to meet Santa at the local department store, which was shot in the now-closed Higbee’s. Public Square is currently home to the office at 200 Public Square which backs the largest CMBS loan behind a Cleveland property. 200 Public Square carries a current debt of $120.0 million and spans 1,265,289 square feet. The loan backs 14.05 percent of JPMCC 2012-C6.

The phrase ‘Christmas Miracle’ most likely stemmed from the holiday classic Miracle on 34th Street. This 1947 film revolves around a man named Kris Kringle (Edmund Gwenn) who is hired to play Santa at a Macy’s in midtown Manhattan, and befriends a young girl who wants to prove Kringle is actually Santa Claus. The Macy’s in question is the 2.2 million square-foot flagship store in Herald Square. Though the flagship Macy’s store does not back a CMBS loan, Two Herald Square is another large property with retail locations that does. Two Herald Square is a 354,298 square-foot mixed-use building that once backed $391.5 million of CMBS debt split between the WBCMT 2007-C32 deal (a $200 million slice) and GSMS 2007-GG10 (a $191.3 million piece). The piece behind the WBCMT deal paid off in full in January 2017, while the GG10 note was resolved with a minor loss in May. With H&M, Victoria’s Secret, and an advertising agency as tenants, the property is located right across Avenue of the Americas from the Herald Square Macy’s. You can see Two Herald Square in a shot during the movie, but it moves very quickly.

Finally, we turn to one of the biggest action movies of all time that has raised one of the Internet’s most burning questions. Die Hard, while taking place during Christmas, was not billed as a traditional holiday movie. However, many bloggers and social media pundits have insisted that Die Hard be considered as a holiday movie, since the main character’s goal is to reunite with his family for Christmas. The plot is based out of Nakatomi Plaza, the fictional California office tower where John McClane (Bruce Willis) is meeting his wife. The scenes in Nakatomi Plaza were filmed at Fox Plaza in the Los Angeles neighborhood of Century City. The Fox Plaza totals 35 stories, 725,399 square feet, and backs a $175.7 million CMBS loan. Fox Plaza is the headquarters for 20th Century Fox, and has been featured in Speed, Airheads, and the ending scene of Fight Club. The note backs 22.17 percent of ICOT 2013-IRV.

We at Trepp wish all our readers an enjoyable holiday season, and happy watching!