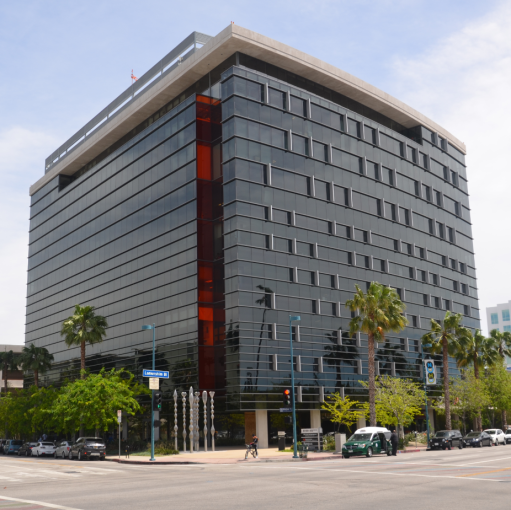 Minnetonka, Minn.-based Pine River Capital Management provided the three-year, interest-only loan, sources close to the transaction told CO. Officials at the alternative investment firm did not immediately respond to a request for comment.

Meridian Capital Group negotiated the financing on behalf of the owner. The brokerage declined to name or confirm the lender on the deal.

The nine-story, 179,000-square-foot building, at 5250 Lankershim Blvd., went up in 2011 and is fully occupied, according to J.H. Snyder. Tenants include a Kaiser Permanente medical clinic, a co-working space managed by Regus and the Art Institute of California, a non-profit university that offers degrees in design and media production.

“This property has maintained 100 percent occupancy for years, despite coming to market during the peak of the recession,” Mike Wise, a senior partner at J.H. Snyder, said in a statement. “In addition to our long-standing tenant and leasing relationships, that performance also highlights the strength and improvement of the [North Hollywood] submarket over the last decade.”

The Los Angeles basin’s decentralized geography spreads the region’s office tenants over a wide breadth of neighborhoods, from Downtown Los Angeles in the north-center of the basin to Beverly Hills and Santa Monica to the west. The refinanced office building, north of the Hollywood Hills in the San Fernando Valley, has performed well because of its transportation access, according to its owner.

“The building is in a good location on a main thoroughfare,” Jerome Snyder, the founder of J.H. Snyder, told CO. “It’s right next to the subway that goes downtown.”

The Los Angeles Metro’s Red Line stops a block and a half north of the Lankershim building, making it a popular transit option for the Art Institute’s students especially, Snyder said.

Even given the building’s strong occupancy numbers, leasing considerations presented a challenge in the refinancing, according to Meridian officials.”Although there is no current vacancy, the majority of the tenants roll over [in] the next several years,” Seth Grossman, a Meridian managing director, said in prepared remarks. “It was critical to tailor a loan with ample structure to prepare for that role, while simultaneously maintaining maximum flexibility to allow our client to operate the property on their terms.”