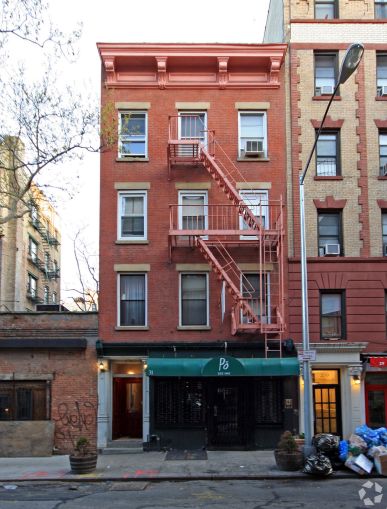 MACC Hospitality, the group behind Upper East Side Indian restaurant and bar Drunken Munkey, has signed an 800-square-foot deal at 31 Cornelia Street in the West Village for a new concept, Commercial Observer has learned.

The restaurant will be an Indian bar and restaurant similar to Drunken Munkey, according to Ravi Idnani of Eastern Consolidated, who handled the deal for the tenant with Eastern’s James Famularo. The asking rent in the 12-year lease was $200 per square foot.

MACC Hospitality, which is led by partners Arun Mirchandani, Raju Mirchandani and Chirag Chaman, plans to open the new restaurant by summer 2018.

It will occupy the entire ground floor of the building between Bleecker and West Fourth Streets, which formerly housed Pó, an Italian restaurant co-founded by celebrity chef Mario Batali. That shuttered in April after 24 years because of a rent hike, Eater reported at the time. The former restaurant was paying $10,000 a month ($150 per square foot), according to the food-focused website.

“For 24 years the space has been occupied by Mario Batali, a renowned restaurateur,” Avi Akiva of Kassin Sabbagh Realty, who represented landlord S.W. Management, said in a statement. “Today we are excited to see the next iteration in the hands of yet another visionary.”

In addition to Drunken Munkey, which is located at 338 East 92nd Street on the Upper East Side, MACC Hospitality operates French bistro Le Bateau Ivre at 230 East 51st Street, and Bar and Books at 1020 Lexington Avenue and 636 Hudson Street. (Bar and Books also has locations in Prague and Warsaw.)

“Although there were multiple offers for the retail space at 31 Cornelia Street, the landlord was impressed with the successful track record of Arun, Raju and Chirag, who together have 65 years of experience in the food and beverage industry and have owned and operated bars and restaurants for over 25 years,” Idnani said in prepared remarks.