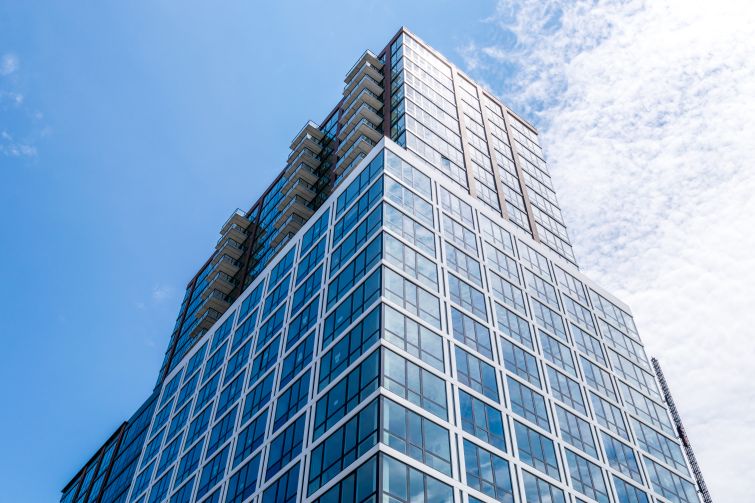 A convenience store (in two leases) and a restaurant will take more than 4,500 square feet at TF Cornerstone’s new 714 unit rental project in Downtown Brooklyn at 33 Bond Street, Commercial Observer has learned.

Dépanneur, a Brooklyn-based store that calls itself a “better bodega,” has signed two leases at 300 Livingston Street (the retail portion of 33 Bond Street) for two separate ground-floor spaces, according to Winick Realty Group.

The larger of the spaces, which is 1,820 square feet, will be an upscale “corner store” similar to the ones the company has in Williamsburg at 242 Wythe Avenue at North 3rd Street and in Clinton Hill at 519 Myrtle Avenue at the corner of Grand Avenue.

Dépanneur’s second space at 300 Livingston Street will encompass 1,051 square feet, and there it is working on a new concept, according to a Winick spokeswoman.

Both Dépanneur deals are for 15 years and the stores are expected to open in the second quarter of 2018. The asking rent in the deals was $125 per square foot.

Winick’s Steven Baker, Aaron Fishbein and Daniyel Cohen handled the deals for the landlord alongside TF Cornerstone’s Steve Gonzalez in-house. Ripco Real Estate’s Andrew Clemens and Ben Weiner, who represented Dépanneur in the deals, did not immediately respond to a request for comment.

In addition to the transactions with Dépanneur, fast-casual pizza restaurant Simó Pizza has signed a 10-year deal for a 1,633-square-foot space on the ground floor of 300 Livingston Street. Simó Pizza, created by Italian chef and restaurateur Simone Falco, did not have a broker in the deal. It is also expected to open in the second quarter of 2018. The asking rent was $125 per square foot as well.

“Dépanneur and Simó Pizza are ideal tenants for the unique retail mix we’re in the process of curating at… 33 Bond Street,” Baker in a prepared statement. “From a strategy standpoint, the retailers we’ve secured leases for represent the best possible value to the neighborhood. Additionally, they offer residents of 33 Bond with an amenity that positively contributes to their active lifestyles.”

Simó Pizza and the Dépanneur stores will join a 52,000-square-foot fitness concept by Chelsea Piers, which signed a lease at 33 Bond Street in July, as CO previously reported.